A few months ago we took a look at AirBridge, a hardware add-on for iOS devices that lets you stream or transfer files to and from different devices. The Instashare app is to AirDrop what AirBridge is to AirPlay. The app lets you wirelessly transfer files from an iOS device to an OS X computer and vice versa. 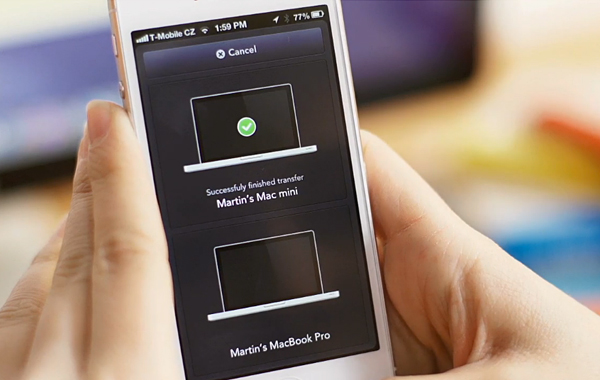 Developed by TwoManShow, Instashare has a number of things going for it that makes it a must-have. First of all is its user interface, which looks like it was designed by Apple in its prime. By that I mean it looks good and it’s dead simple to use. Check out the video below to see how it lets you skip using iTunes or even file-sharing services like Dropbox to transfer files.

There are two other features that make Instashare great. First, like AirBridge Instashare works over your local Wi-Fi network or via Bluetooth, i.e. you don’t need an Internet connection to transfer files. Second, both the desktop and iOS apps are free. To compensate for the cost, the iOS app loads advertisements, which you can also remove by paying $0.99 (USD).

Head to TwoManShow’s website for the download links for the Instashare apps. Instashare only works with iOS and OS X for now, but TwoManShow is also working on Windows and Android versions.