Samsung HomeSync: One Box to Rule All Set-Top Boxes?

From HTPCs to set-top boxes, there are plenty of devices that you need to make your home theater system work better. I definitely like the sound of the Samsung HomeSync, since it will combine several devices into a single one. 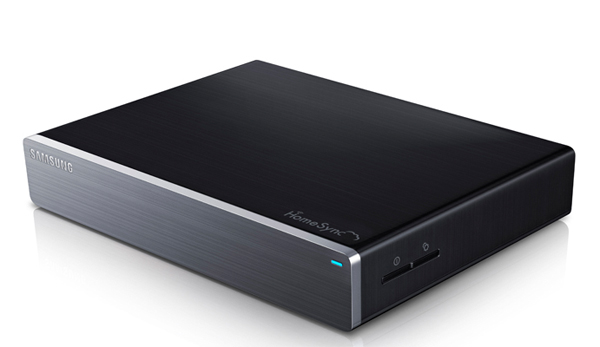 While the Samsung HomeSync won’t replace your cable or satellite box, it could certainly replace an HTPC or any other media server you’ve got plugged into your home theater system. The HomeSync combines Google TV with a media server that has a 1TB hard drive, Internet access through Wi-Fi or an Ethernet cable, and runs Android Jelly Bean. It also has access to the Google Play Store. It has a 1.7 GHz dual-core processor, 2GB of RAM, and 8GB of additional flash memory. It supports 1080p HD over HDMI with HDCP, USB 3.0, and optical-out audio. 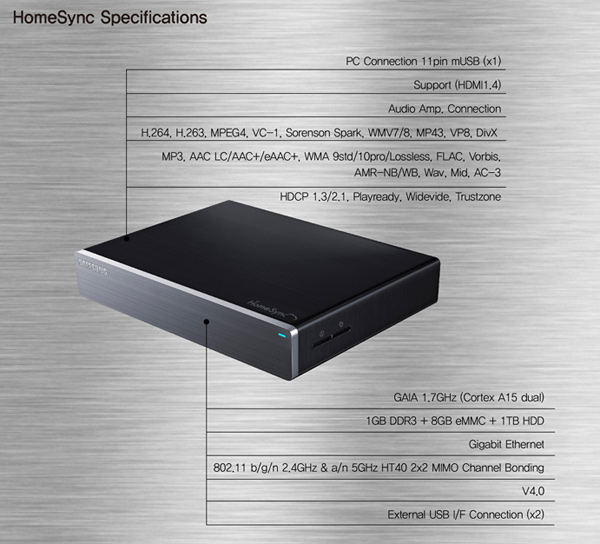 The price for the Samsung HomeSync hasn’t been announced yet, but it’s expected to be released in April 2013.