When it comes to kitchen appliances, women want colors that match their decor. Men want what they usually want. Something cool that looks nothing like what women want. Preferably, their kitchen appliances should look like Boba Fett. That’s why Tommyfilth talked his wife into buying a broken old Kitchenaid for Christmas. It would soon get a super nice makeover. 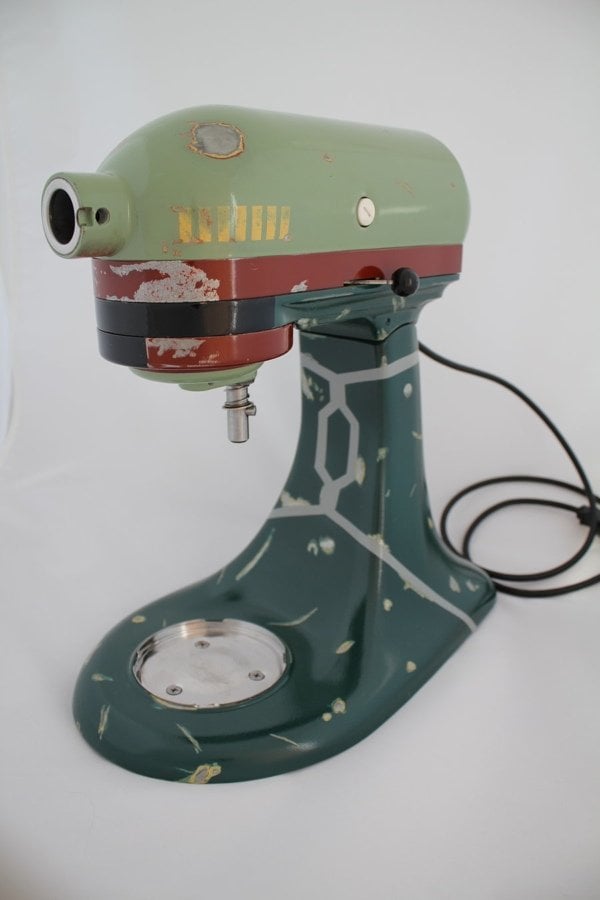 Soon he refurbished it into this Boba Fett Mixer. It’s got some excellent battle-worn armor and it mixes batter like there was a bounty on baked goods. I’m sure they have already made their share of Star Wars cookies and cakes with this thing.

[via ThinkGeek via That’s Nerdalicious]