Designer Alex Merto’s Effing Typeface is so effing unusual that I can’t help but be impressed by his creativity. His font is so overtly pervy that it’s enough to make me cringe at certain letters, but even I have to admit that he does a good job at staying within the confines of his extremely vulgar theme. 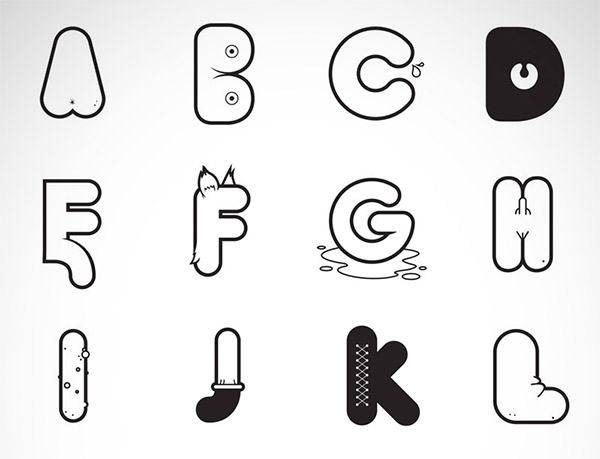 The Effing Typeface redefines the alphabet, where each letter doesn’t stand a chance against his determination to dirty them up. A isn’t so adorable now, unless that’s a baby’s bottom (which I don’t think it is.) B could be beautiful, but let’s not go to C, because that’s just plain nasty. And while most of the images are immediately recognizable there are definitely a few that I’m not too familiar with – which is probably a good thing. 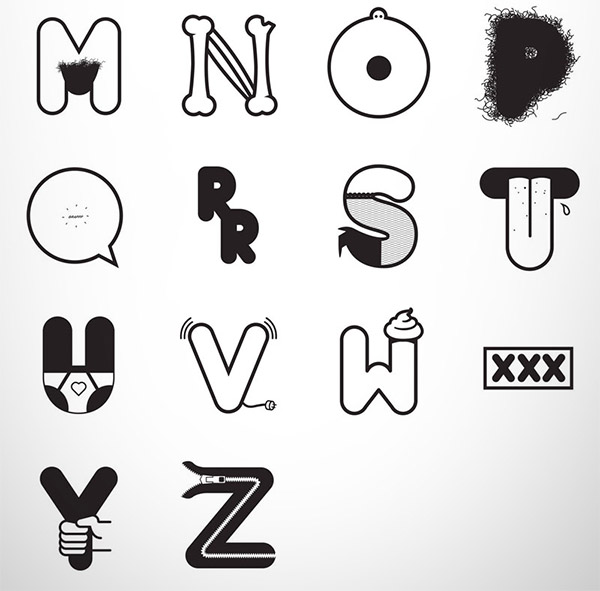 Unfortunately (or is it fortunately?), it doesn’t look like the Effing Typeface is available for download or purchase online at this point.

[via TAXI via Incredible Things]