Pneupard Robotic Leopard Not as Fast as Robotic Cheetah

We’ve seen plenty of robots based on animal designs. Nature knows what it is doing after all. Researchers, much like leopards, don’t change their spots. They are still working on robot designs that will run us down and devour us. Like the Pneupard, a robotic leopard from Osaka University. 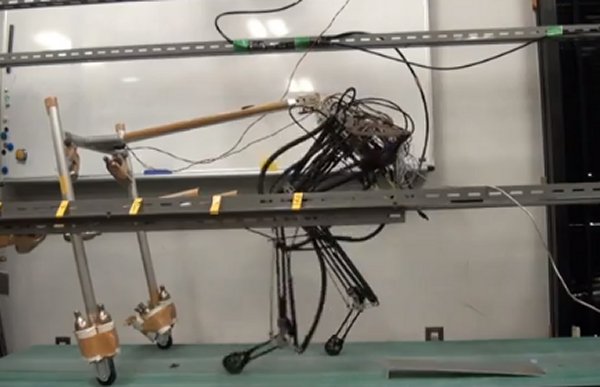 This robot is driven by compressed air. It is still a prototype, which is why this thing doesn’t seem very fast or certain on it’s feet. Plus, its front legs and spine are incomplete right now. Regardless, the artificial muscles that it sports are impressive and when this robot gets further along, it will be more nimble, I’m sure.

It’s movements were based on the movements of a cat walking on a treadmill. I’m guessing they’re not talking about these cats.

They are hoping that capturing movements this way instead of programming the system by hand will lead to a more authentic movements.