Always the Fashionista: Barbie Gets a Digital Dress to Keep up With the Times

With real-world dolls getting LEDs installed and embedded into their gowns, it was only a matter of time before Barbie upgraded her own wardrobe to include these futuristic digital threads. 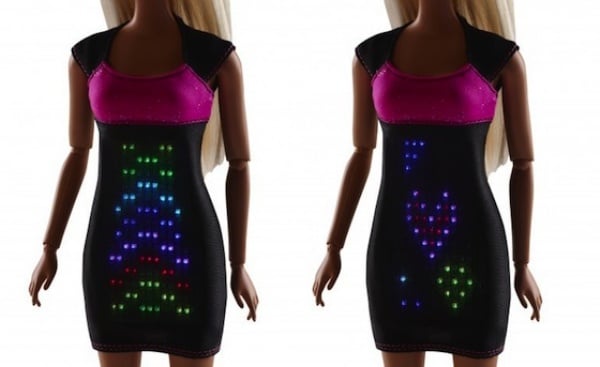 Barbie might have taken a back seat over the last few years, but she’s fighting to get into the spotlight once again. Keeping up with the times and with her Hollywood counterparts, Mattel has decided to dress Barbie up in a digital dress that’s as futuristic as dresses can get.

The dress incorporates the latest in LED and touchscreen technology, allowing girls to choose which digital designs they want to appear on the front of the dress. They can either choose from pre-programmed graphics, draw their own designs, or watch designs respond to sound and music stimuli. 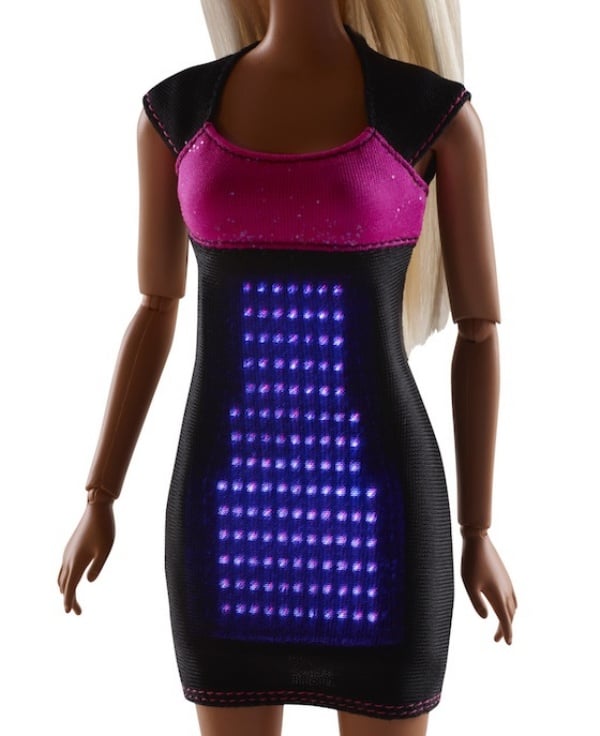 The Barbie Digital Dress doll will be available this August for $49.99 (USD).