Soccket Ball Generates Electricity When You Play With It: Child Playbor

This unique ball turns the beautiful game into the energy-generating game. Made by a small company called Uncharted Play, the Soccket is a football that converts mechanical energy to electrical energy. In other words, you get electricity simply by playing with it. 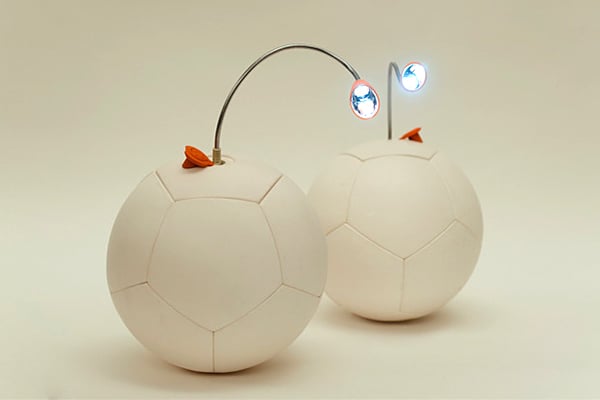 As you roll and bounce Soccket around, a pendulum inside it cranks a small generator, which in turn is connected to a small battery.  I wouldn’t be surprised if a typical hand-cranked generator can convert energy more efficiently, but of course that’s not as fun to use as the Soccket. 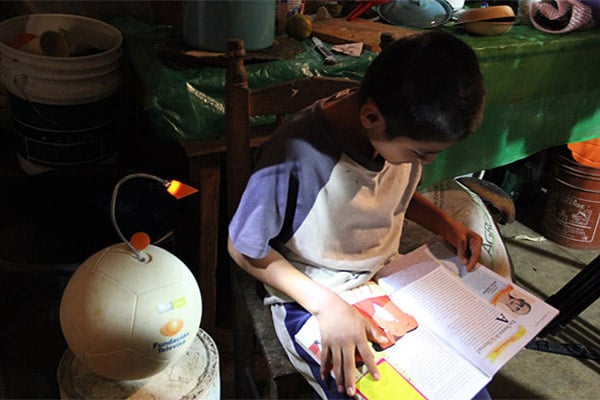 The Soccket weighs 17 oz., just 1 oz. heavier than a normal football. Aside from its power generating capability, the Soccket is also water-resistant, is airless and will never deflate.

Pledge at least $89 (USD) on Kickstarter to get a Soccket. As of now, the electricity stored within the ball can only be used by one device – the complementary LED lamp. But Uncharted Play did say that they’ll come up with more complementary gadgets as well as a USB adapter if Soccket reaches its goal on Kickstarter. Can you imagine if all kinds of sporting balls in the world had a generator inside? We would hate ball games. Just kidding.