ZenAwake iOS App Gently Wakes You from Your Slumber

Waking up has always been a difficult process for me, and I have to say that I haven’t found an easy way to wake up until now. The only real workaround is to get a good night’s rest. That being said, if  you have the same difficulty getting out of bed as I do, there’s an app for that! 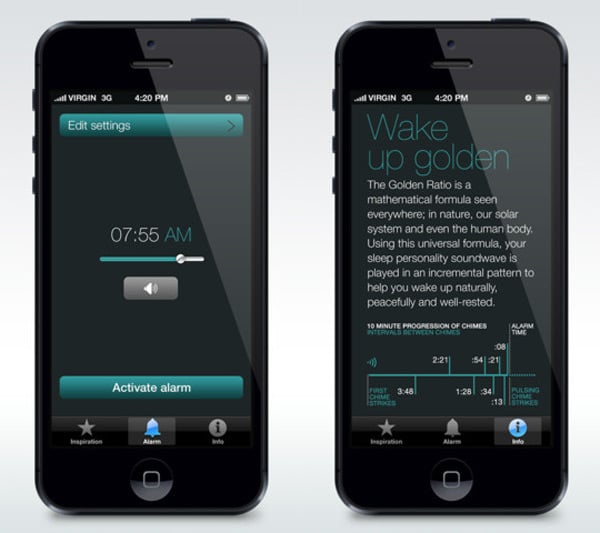 The ZenAwake app tries to wake you up in a gentler way than traditional alarm clocks, by starting the wake-up process 10 minutes before you’ve set your alarm. It starts as a gentle chime that increases in frequency over time. This is supposed to wake you up gradually, instead of just jarring you awake like most alarms.

The app uses The Golden Ratio to gradually increase the frequency of its chimes, which they claim will help wake you up more naturally. It’s definitely something people should try, especially if you’re very grumpy in the mornings like me.

The ZenAwake app is available for $1.99 at the iTunes app store and it seems like they are developing an Android version as well.