App.net was launched last year, and it was a created as a Twitter alternative for companies and organizations who want a private social networking solution. The App.net social networking service is no longer just for paying members. Earlier this week, they launched a free tier. 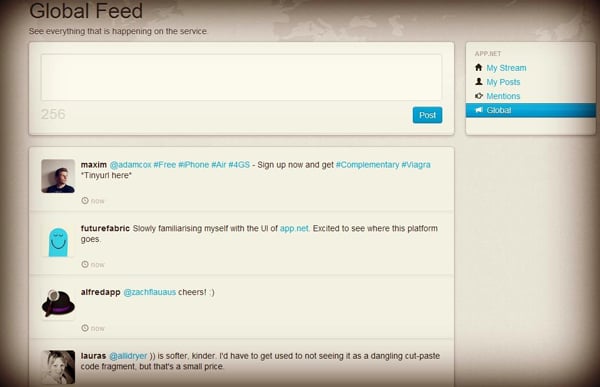 Free accounts can follow a maximum of 40 users, have 500MB of available storage, and can upload files up to 10MB. In order to get access, you’ll need an invite from a paid member.

Do you guys see a need for an alternative to Twitter?