Fujitsu Walking Stick Concept Has GPS & LED Screen: It Cane Be Your Guide

We usually hear about new tablets and smartphones at the Mobile World Congress, but this year Fujitsu also showed off a different mobile device. The Japanese company had a working prototype of a cane that downloads routes wirelessly and then guides its user using large arrows on its LED screen. 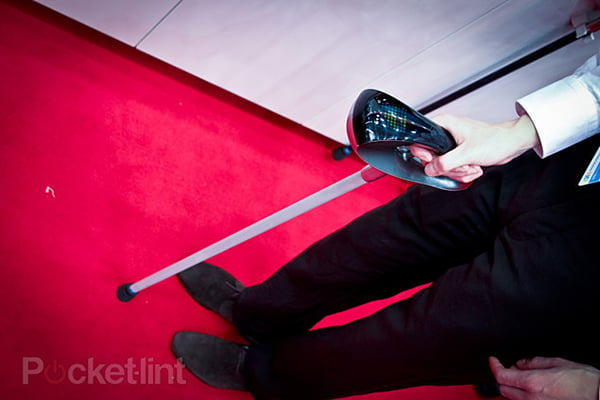 The next generation cane is obviously intended for the elderly. I’m just guessing here, but I think the prototype is based on the grand prize winner of a design contest that Fujitsu held in 2011. The idea is for someone – hopefully not a prankster – to make a route on a computer using the cane’s companion program. The cane will then download the route via Wi-Fi, Bluetooth or 3G. With this information at hand, the cane will now tell the user which way to go using large green arrows. Should the user stray from the route, the cane will vibrate and reprimand the user with a red exclamation point. Then it shows the green arrows again. 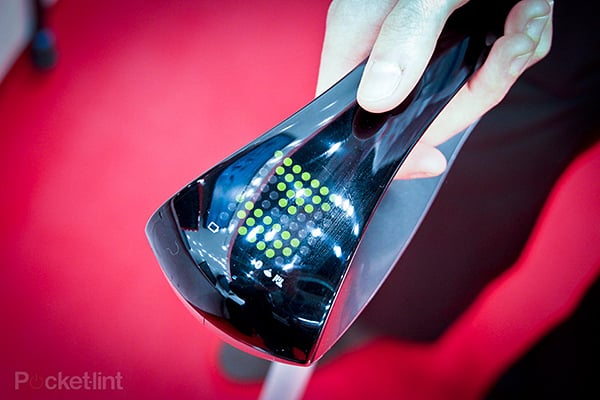 What do you think this is grandpa, a leisurely stroll?! Make your way around the park in a predetermined, optimized and orderly manner!

I don’t see much point in just having a heart rate monitor. What’s an old person supposed to do with the data if he’s already having a heart attack or trying to run away from a thief? The cane does send its location back to the companion app so other people can track the user, but it would be more awesome if the cane could automatically call for help based on the user’s heart rate. It would be even more awesome if the cane could transform into a laser cannon. Yeah Fujitsu, screw the heart monitor. Just go with the laser cannon.

[via The Verge & Pocket-lint]