Sick of people coming into your office and talking your ear off? There are plenty of ways to get them to leave, but I’ve never thought of using an old NES system to hurry them on their way. 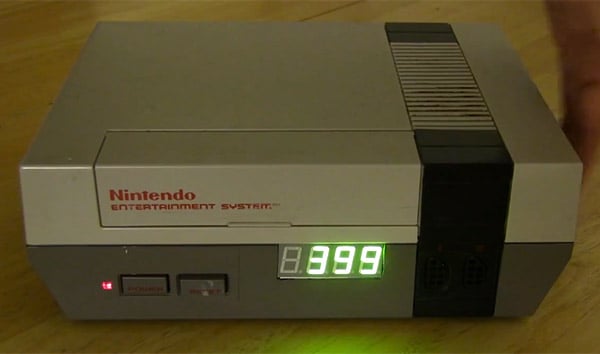 Mark Rober and his pal Chad Grant hacked together this NES console – dubbed the “Annoying Person Remover “- which plays classic sound effects from the game when a person enters your space. When they first come in, it plays Mario’s pipe sound, and then the familiar level music and sounds as they hang out. But they only have 400 seconds to complete the level before they’re booted from your office, with that lovely Hurry Up tune that plays when you’re running out of time, and the Game Over tune when it’s time to GTFO.

The build is actually pretty simple, using an old NES, an Arduino board (with Music and Sound add-on), a motion sensor, and a clock display. You can grab all of the information you need to build your own over on Dropbox, including a parts list, and Arduino programming files.