TARDIS Soda Machine is Sweeter on the Inside

Looks like the TARDIS’ chameleon circuit is sort of working now. The TARDIS still looks like a phone box, but at least it was half-successful in trying to disguise itself as a soda vending machine. 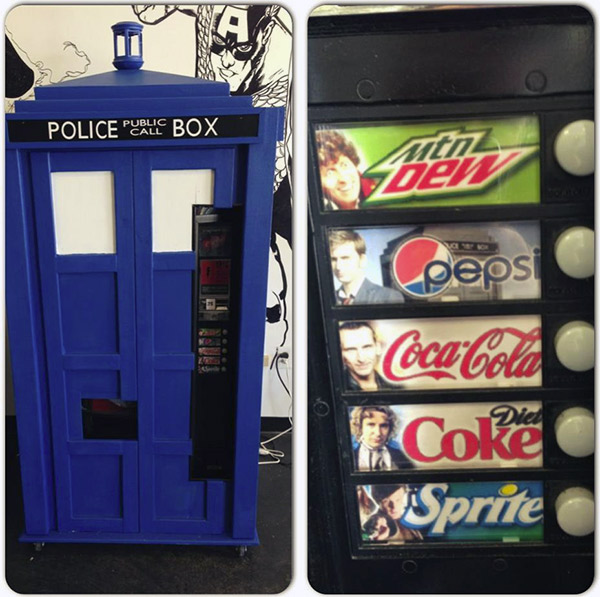 This is actually the work of some pretty talented nerds who had both a love of soda and a love for Doctor Who – both of which can not be quenched. Epic Comics in Orlando, FL took their boring old soda machine and converted it into this awesome TARDIS. 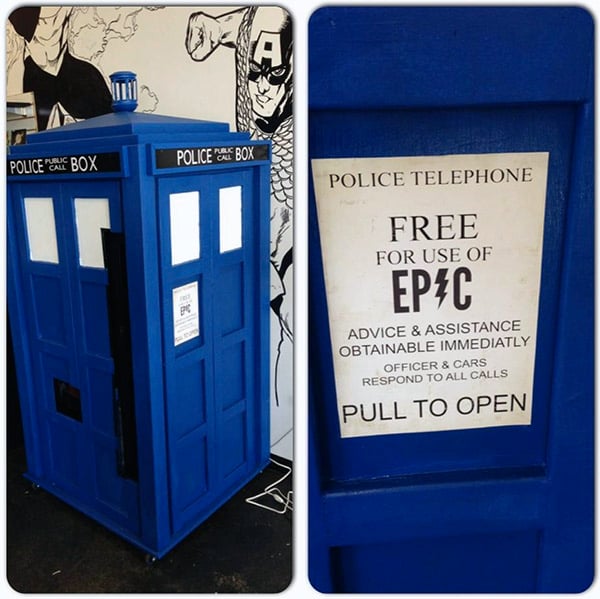 I guess this means that there is a Doctor inside who feels like he is in a time loop from hell; damned to roam the endless halls of the TARDIS in search of cans of pop at every push of the buttons, before walking back to the door and dropping them in the slot for your enjoyment. Good work. Finally the Doctor has been outsmarted. Not to mention enslaved. You guys are evil! But I love it.