We’ve already seen a taser shotgun, a taser grenade and even a taser-packing drone. But none of them look as badass as YouTuber jonathanj9969’s double-bladed taser sword. It looks and sounds like an express train to Pain Station, although in reality it’s probably the least harmful of these taser combos. 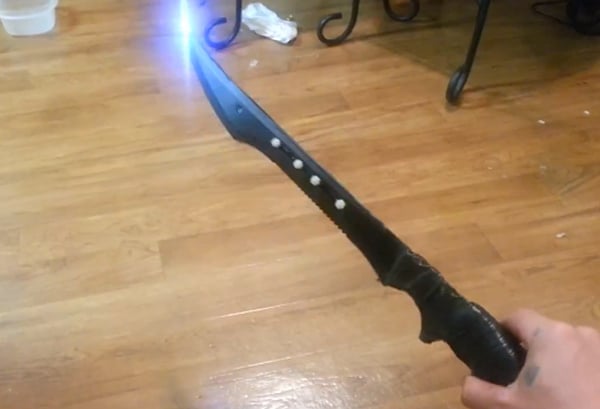 Redditor Timid_Pimp points out that the sword seems to be this cheap 2-in-1 “ninja sword.” Jonathanj9969 mentions in the video that he replaced the magnets that join the two blades with nylon bolts. I don’t know how the taser is connected to the blades, but it is taped and insulated together with the hilt.

Now, the moment you’ve been waiting for: ladies and gentlemen, we’ve found a willing victim! It’s jonathanj9969 himself!

Calling it now: Taser Sword in the next Metal Gear Rising: Revengeance DLC.