These are the dolls you’re looking for. Graphic designer, illustrator and disciple of the Russian side of the Force Andy Stattmiller made nesting dolls of the characters in Star Wars IV: A New Hope. Just the main ones though. Otherwise some of the dolls would be insanely small. 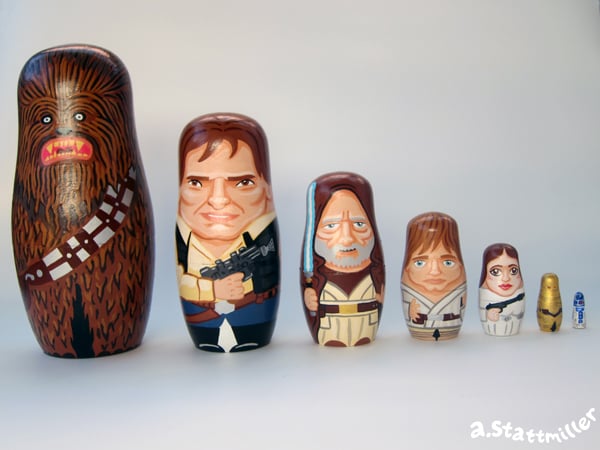 Andy made the dolls out of wood and acrylic paint. The dolls are separated into two groups of seven dolls each: the good guys and the bad guys. The largest dolls are 8″ tall while the smallest ones are just 0.75″. 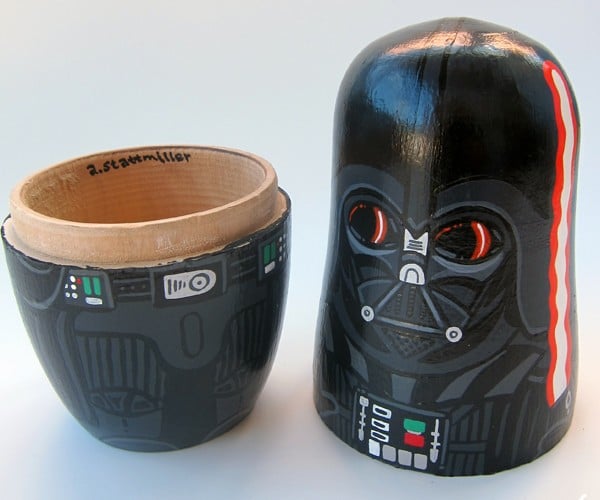 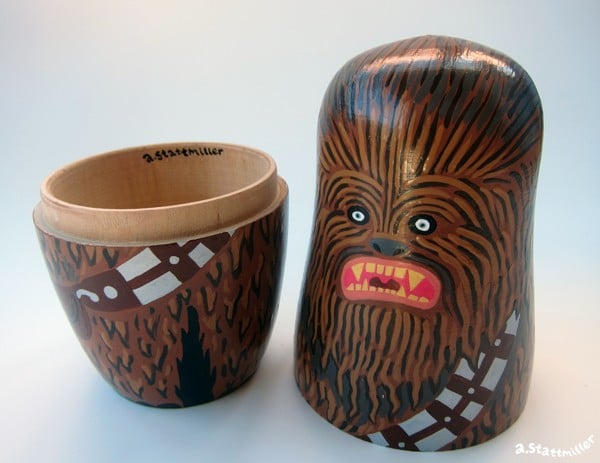 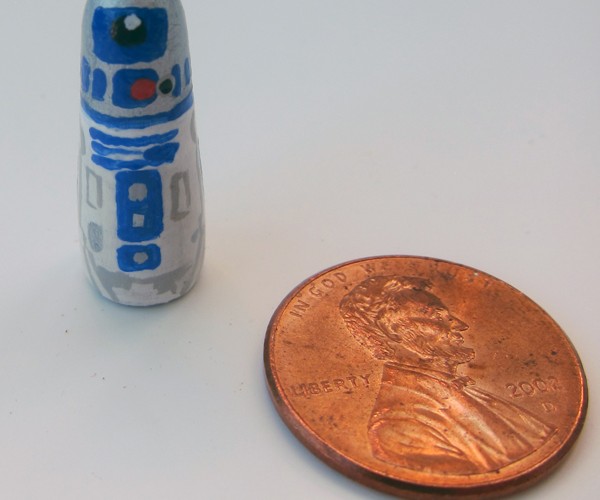 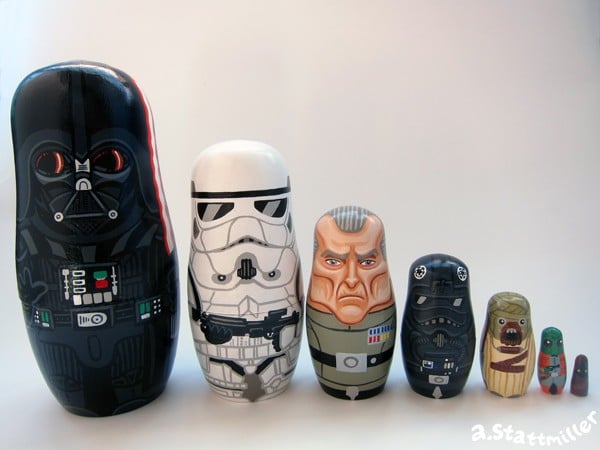 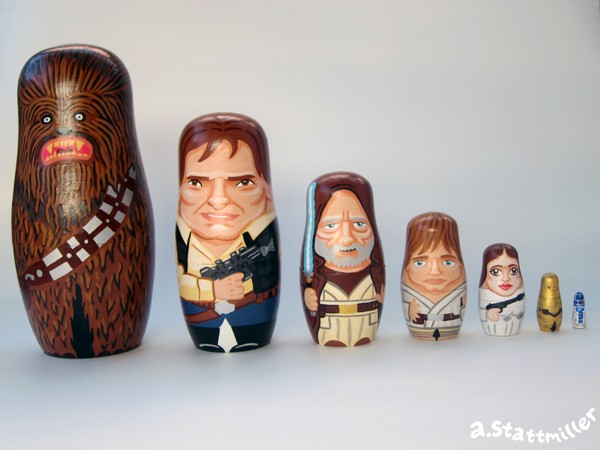 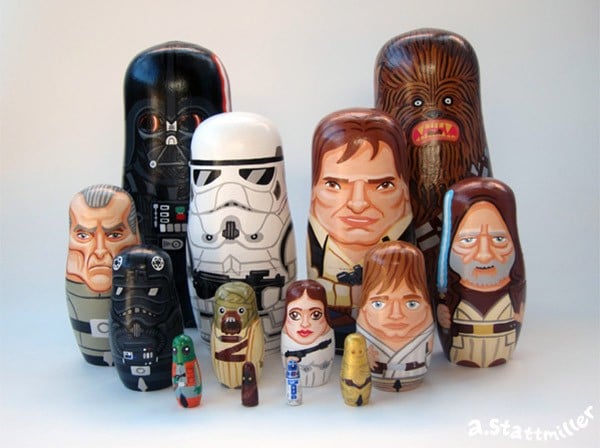 I find their lack of limbs hilarious.

Check out Andy’s Flickr page for more pictures of the dolls.