3Doodler Racks up over $2 Million

You might remember last month when we talked a bit about the 3Doodler pen. This is a device that reminds me of a combination of a 3D printer and a hot glue gun. The 3Doodler uses strips of plastic to allow the user to build 3D objects only limited by their imagination. 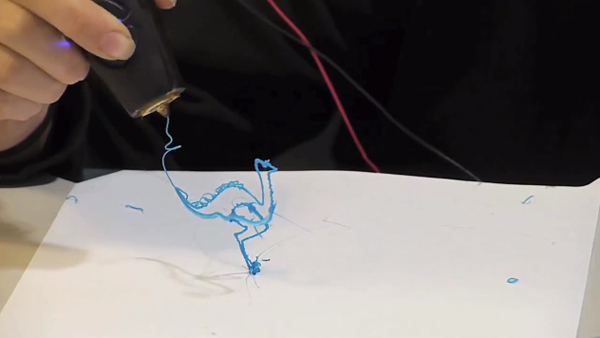 The most impressive part is that the project still has 19 days to go. The project is set to fund on March 25 and sadly, if you didn’t get in early, you are probably looking at about a year from now before you get your hands on the 3Doodler. This is one of the coolest products I’ve ever seen turn up on Kickstarter, so it could be worth the wait.