Have you seen those t-shirts that have a built-in equalizer? They look cool in theory, but they’re not really awesome up close. Most of them have this awkward-looking large cardboard in the middle where the LEDs shine through. Then there’s the fact that you have to carry around a battery pouch. This necktie variant is a lot cooler. 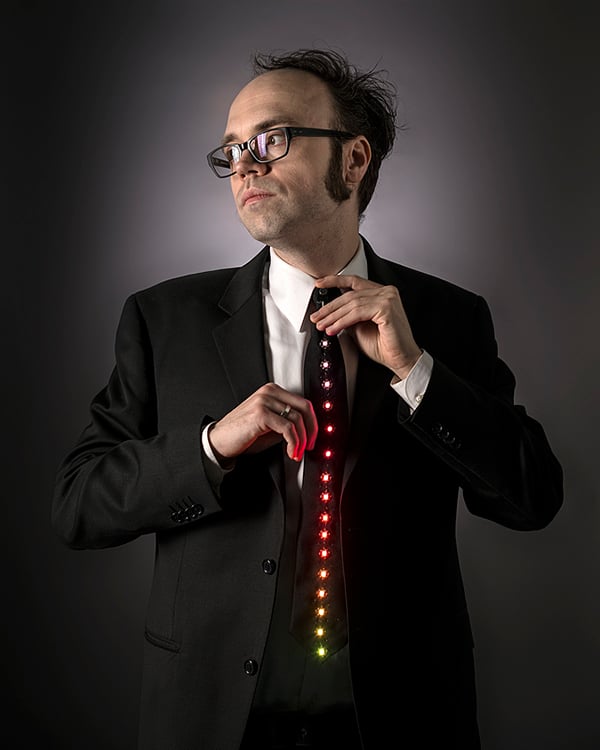 Becky Stern of Adafruit calls her creation the LED Ampli-tie. This particular tie runs on Adafruit’s FLORA, an Arduino-compatible board. The Flora detects ambient noise via a small microphone hidden behind the tie’s knot. Adafruit already wrote the program that will make the 16 Flora RGB LEDs react to the noise. The best part? The Ampli-tie runs on the FLORA’s battery.