The C3POscar Actually Exists: And the Jedi Academy Award Goes to…

When I first saw this illustration made by Rodrigo Ferreira I wondered why no one ever thought of it before. It turns out someone at LucasFilm did put two and two together, because the company actually gives away C3POscar trophies. How awesome is that Rodrigo? 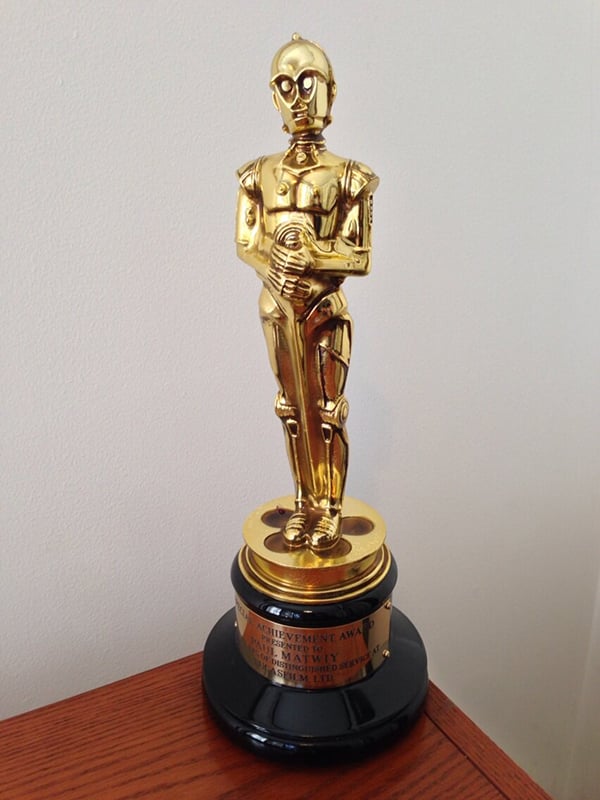 Filmmaker Brad Bird – the man who helmed The Iron Giant and The Incredibles, among other things – tweeted the above picture on Mar 1, 2013. This is one droid that LucasFilm employees are looking for; Bird said that the C3POscar is only given to those who have served the company for 20 years. The one in Bird’s picture belongs to a LucasFilm veteran named Paul Matwiy.