Carrie Fisher Says She Will Be Returning in Star Wars: Episode 7

Carrie Fisher recently conducted an interview with a publication called Palm Beach Illustrated. During that interview, she was asked if she would be returning to Star Wars: Episode 7 as Luke Skywalker’s sister. All Fisher had to say about the question was, “Yes.” 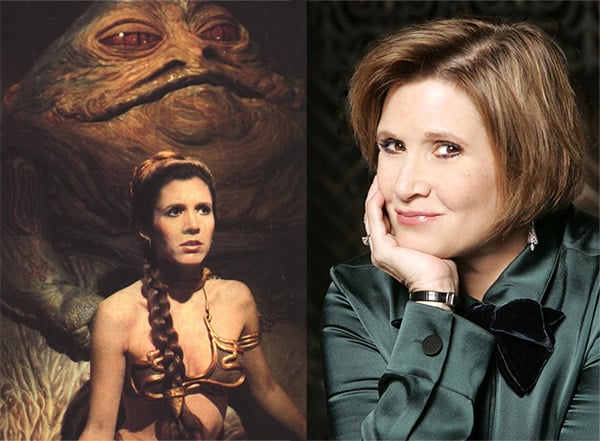 That is some seriously good news for fans of the Star Wars franchise. Previous rumors have already tipped that Harrison Ford has signed on to reprise his role as Han Solo. Disney hasn’t offered details about the plot for the coming film at this point, but rumors continue to claim the movie will focus on the children of Han and Leia.

Fisher did go on to answer a couple of other Leia questions with her usual wit:

What do you think Princess Leia is like today?

“Elderly. She’s in an intergalactic old folks’ home [laughs]. I just think she would be just like she was before, only slower and less inclined to be up for the big battle.”

And still wearing the bagel buns?

“The bagel buns and the bikini, because probably she has sundowners syndrome. At sundown, she thinks that she’s 20-something. And she puts it on and gets institutionalized.”

The only character from the original trio that hasn’t been confirmed to be returning is Mark Hamill. I would love to see Luke Skywalker return for the next film in the franchise. I’m willing to bet Fisher won’t be returning to her golden bikini though, having have aged and changed significantly since she wore it in Return of the Jedi.