How many times have you skipped breakfast because you woke up later than you should have? If it’s a figure above zero, then I’d say that’s too many. You could start going to sleep earlier so you can wake up earlier, or you could just get the Hamilton Beach Breakfast Sandwich Maker instead. 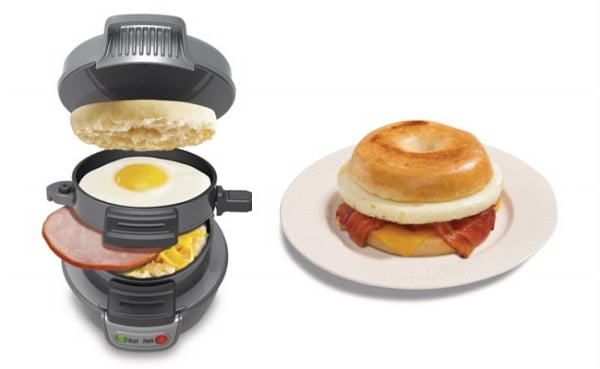 It has various levels where you’re supposed to pop in your fresh ingredients. The top plate toasts your bread of choice, be it a bagel, biscuit, or muffin. The slide-out egg plate comes next, followed by the bottom plate where you can toss in some pre-cooked meat. Leave the sandwich maker for five minutes so it can get cooking, and voila – breakfast is served!

Clean up is a breeze, too, because you can just wipe the non-stick surfaces clean and stick the removable parts into your dishwasher.