This awesome LEGO robot was inspired by 18th Century Swiss watch and automata creators Pierre Jacquet-Droz and Henri Maillardet. It is a LEGO automaton that draws sketches on paper and comes from the mind of Italian robot maker Daniele Benedettelli. 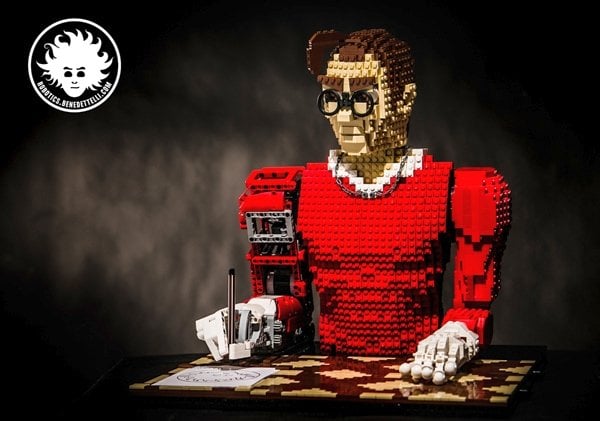 He is made from LEGO bricks and actuated by Lego Mindstorms NXT. Fittingly, he is named LEGOnardo. If you’ve ever seen Hugo, or read The Invention of Hugo Cabret, it’s clear that its builder drew inspiration from that story. The drawings that the robot creates on paper are the product of custom software that Daniele designed himself. He can draw far better than I can.

Check out the video above to see LEGOnardo in action and to see how he was assembled in the brief  clip below.

Obviously Daniele has a love of both robots and LEGO. They come together here in a fascinating creation that looks just like it’s creator.

[via Gizmodo via Damn Geeky]