The Raspberry Pi is a small computer on a developer board that can be used for all sorts of electronic projects and devices. The little board has been around now for one year officially, and to celebrate the first anniversary of the product launch, RS Components has announced a special limited-edition Raspberry Pi. The manufacturer has produced 1000 Raspberry Pi Model B Revision 2 boards in an exclusive blue color. 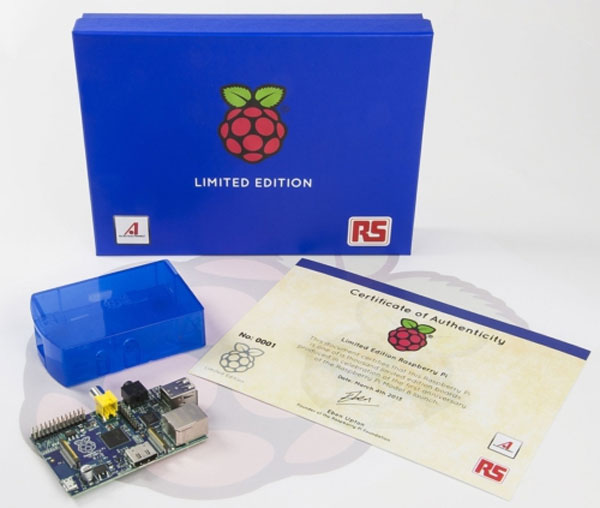 Each of the limited-edition blue boards is stamped with a serial number and comes supplied in a special presentation box. The limited-edition version also ships with a special crystal blue case and a certificate of authenticity. These limited-edition boards are not being offered for general sale and are being issued by the manufacturer through a variety of channels.

Most of these boards are being donated to charitable causes associated with young people and education around the world. However, between March and June of 2013 enthusiasts around the world will have the opportunity to enter competitions to win one of the special boards. To enter for a chance to win, simply send RSElectronics a tweet with the hashtag #bluePI.