SimCity: Download it Now and Start Hurling Meteors at Your Cities Today

I’d be willing to bet there are huge number of gamers out there who have fond memories of playing previous SimCity games back in the day. I know I spent many an hour building a giant city only to destroy it with a rampaging monster or some other catastrophe. It’s been 10 years since we’ve seen a new game in the SimCity franchise. EA has announced that the new SimCity game is now available at retail stores across North America and as a digital download via Origin. 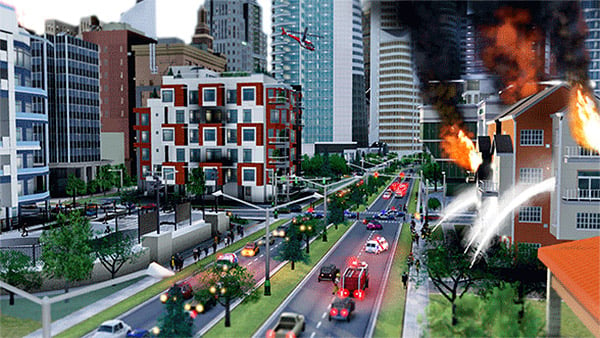 This game has been one of the most widely anticipated launches of early 2013 and brings the game play we all remember along with significantly updated graphics and capabilities. EA says that everything is intelligently simulated in the new SimCity.

EA says that everything from the Sims in the city down to every kilowatt of power is intelligently simulated thanks to the powerful new GlassBox Engine. The game supports multiple city game play across regions giving players a larger field than some previous titles that limited you to a single city. The new game allows players to manage and play up to 16 cities at a time.

Each of the 16 cities can have a different specialization. A player’s individual cities can share services and trade resources. The cities can choose to help each other or hinder each other depending on the player’s mood. This is also the first SimCity game to support multiple player gaming with a players decisions for their cities impacting the city and the region. The game supports real-time updates and pushes updates to players with new challenges and achievements.

You can download SimCity Limited Edition for $59.99(USD) or the Deluxe Edition, which includes French, German and British city sets for $79.99 over at the SimCity website now.