This game room tells you many things at a glance. This gamer clearly loves Halo. He is rocking an Xbox 360. His game collection is neat and orderly. There are a bunch of game weapons on the wall. And he is almost certainly single. I don’t know any wife or girlfriend who would allow such an awesome room. 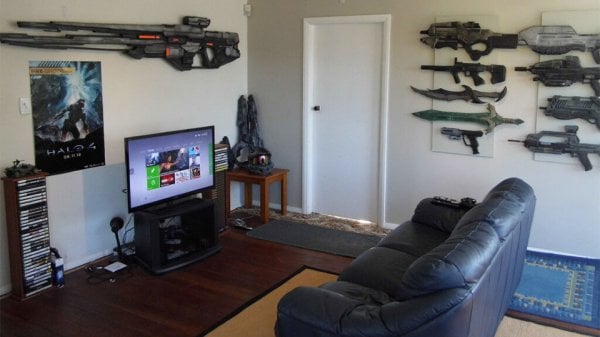 Prop builder Andrew Cook created an arsenal of replicas of guns and swords from Halo and Mass Effect to decorate his game room with. Clearly, Andrew takes his gaming very seriously. It would be kind of intimidating entering this room to play with him. 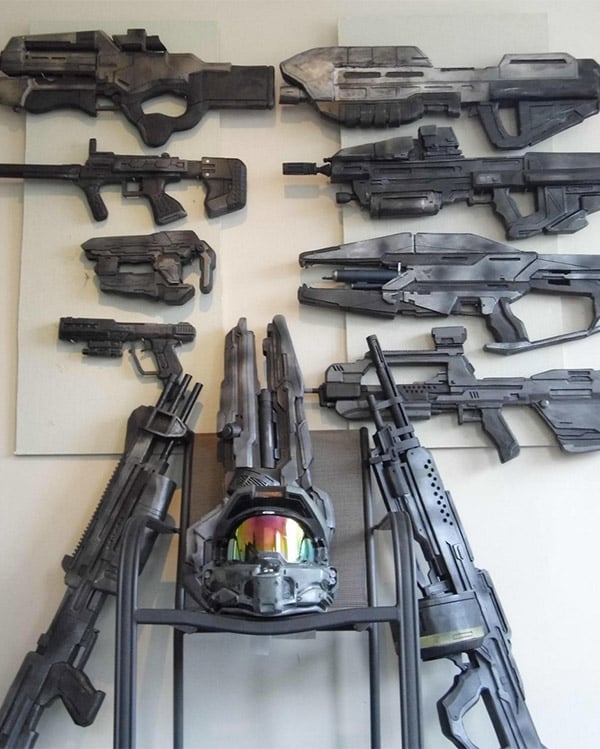 The weapons are made primarily from lightweight EPS styrofoam, and no, Andrew won’t sell them to you. But if you want to see how he builds them, you can check out some videos of how the guns were made here. Check out the massive Halo 4 Forerunner Binary Rifle here: 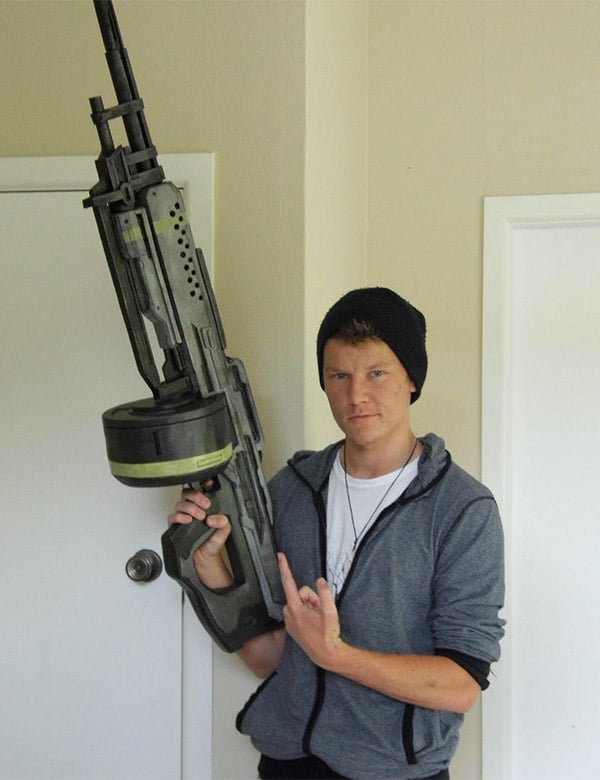