EA has announced that it will be offering a downloadable co-op demo for its videogame Army of Two The Devil’s Cartel. The game demo will be available to download for Xbox 360 and PS3 gamers on March 12, 2013. 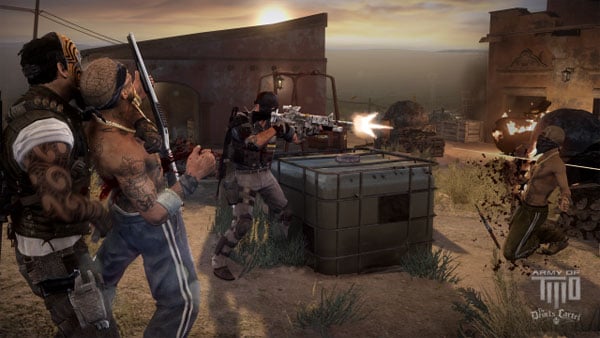 The demo will put players in the boots of private military contractors Alpha and Bravo. The contractors are on a mission to rescue a kidnapped politician from a dangerous Mexican drug cartel. Players will have to work together to survive and progress in the mission.

Players will also have a chance to split up at one point in the demo, with one player going off to fight face-to-face with the cartel soldiers and the other taking to the sky in a helicopter using a mini-gun to provide cover.

Army of Two The Devil’s Cartel is set to launch on March 26 for $59.99(USD). If you pre-order from Amazon, you’ll get a special bonus $20 promotional credit you can apply towards other purchases.