A debate has raged among historians and archaeologists for decades over how the Vikings were able to navigate their ships. There have been some reports in ancient literature of a navigational aid used by Vikings called a “glowing sunstone.” However, no firm evidence of the existence of such a device has ever been discovered.

That has all changed now after an example of a Sunstone described as a “near-mythical” navigational aid was discovered in the remains of a shipwreck from 1592. 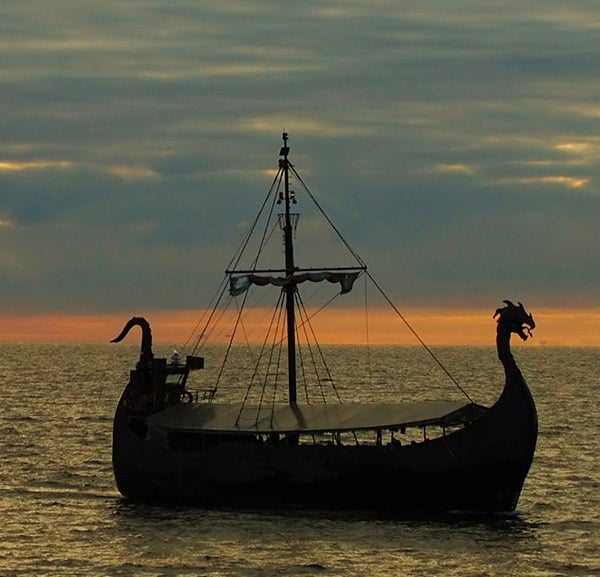 The shipwreck was first discovered about 30 years ago, and is believed to have been dispatched by Queen Elizabeth I – though it sank before reaching its destination near the island of Alderney.

The navigational aid is described as an oblong crystal used to find the sun on a cloudy day or in fog. Researchers have long believed that this device was used by Vikings to navigate their ships in fog or mist. They say that the crystal was discovered in the shipwreck alongside of navigational dividers. The researchers believe that the crystal could have been used as a backup to a magnetic compass.

The stone has now been confirmed as calcite, known as a Iceland Spar. The crystal discovered is discolored from being under the ocean for so many years, but researchers tested the crystal using one with similar properties. The researchers say using the crystal, they were able to locate the sun in poor light conditions and after sunset with accuracy.