3D printing has really taken off these last couple of years. We’re seeing not just affordable 3D printers but ones in all shapes and sizes as well. Last month we featured the 3Doodler, a pen-shaped 3D printer. But if you’re interested in making mid-sized objects without completely breaking the bank, the Gigabot just might be the 3D printer you’ve been waiting for. 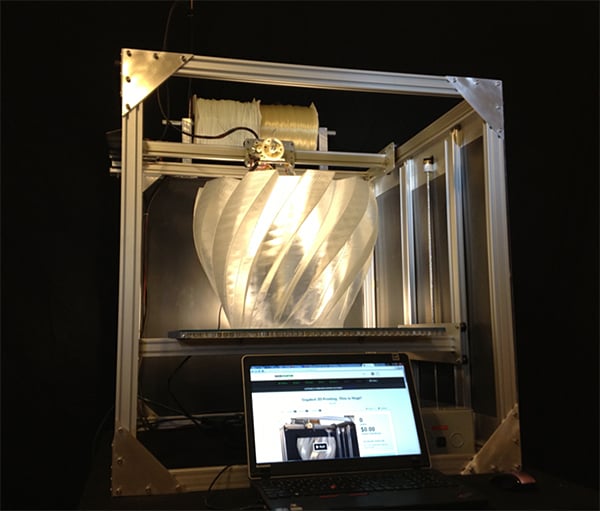 As huge as it seems, it’s still got nothing on this house-printing behemoth. At least the Gigabot is for sale. Pledge at least $2,500 (USD) on its Kickstarter fundraiser to reserve the unit in kit form – or for $4,000 you can get one that has been mostly assembled and flat-packed for quick final assembly.