Fans of classic gaming systems will be happy to hear that HyperKin is working on their latest retro console, and this one has a couple of new tricks up its nonexistent sleeves. 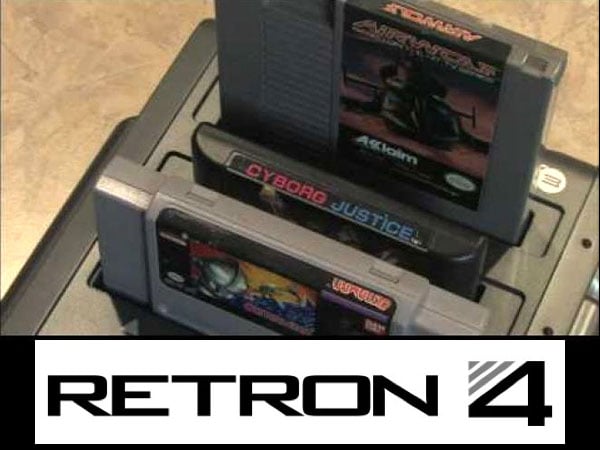 The latest system, dubbed the RetroN 4, leverages today’s technologies to bring improvements to retro gaming. Like the RetroN 3 before it, the new console can play NES, SNES and Genesis cartridges, but can also play Game Boy Advance carts too. It can also handle both NTSC and PAL formats. But the big upgrades come in the form of Bluetooth wireless controllers, and an HDMI output for use on today’s HDTVs.

In addition, the new console will sport an interface called “Perdana,” which is expected to provide capabilities like button reassignment and “other features” to be announced. Personally, I’m hoping for some sort of ability to save game states or run cheat modes, but those aren’t confirmed.

The RetroN 4 is expected to be revealed at the Midwest Gaming Classic in Brookfield, Wisconsin on Saturday, March 23 at 11:00am Central.