Gamers familiar with the Ultima video game series have likely heard of its award-winning designer and creator, Richard “Lord British” Garriott. Garriott has launched his latest project, a new fantasy role-playing game called Shroud of the Avatar, and is seeking to fund development via Kickstarter. The game designer and his team want to reinvent the classic role-playing fantasy experience using state-of-the-art tools and technology. 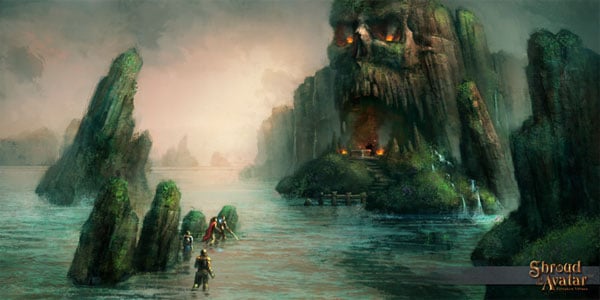 Garriott promises that the game will focus on what made the Ultima series so popular by creating a world which allows the adventurer to explore and discover new places, and focusing on role-playing elements. Players will be able to choose the life of a homesteader within the safety of established villages and cities or on the wild frontier. Interestingly, the developers promise that players won’t be limited to the class of player they selected the beginning of the game.

Players will venture into a persistent shared world where real estate has real value. You’ll even have to pay taxes regularly on the homes you purchase. While you can get in on the digital download of the game for $30(USD), fans that spend enough money will be able to go tax-free, assuming they pledge enough money. The minimum cost for tax-free housing in the game is $500. Insanely, nine people have pledged $10,000 or more to the game already landing themselves Lord of the Manor status.