Illinois State University must be like a prison. Why do I say that? Because Illinois State University junior Anthony LaGiglia carved this impressive batman snow sculpture with only a plastic knife from the dining area. I imagine that he secreted away the knife and fashioned into a shiv in his cell. I mean dorm room. Then snuck off and carved this thing in the night when no one was looking.

That’s a very Joker move by the way Anthony. And I think it is awesome. See, Anthony is an art major. Obviously he is obsessed with Batman. This 6-foot-tall snow sculpture was carved on February 27 and the man worked for 6 hours. At night. In the freezing cold. With just a plastic knife. 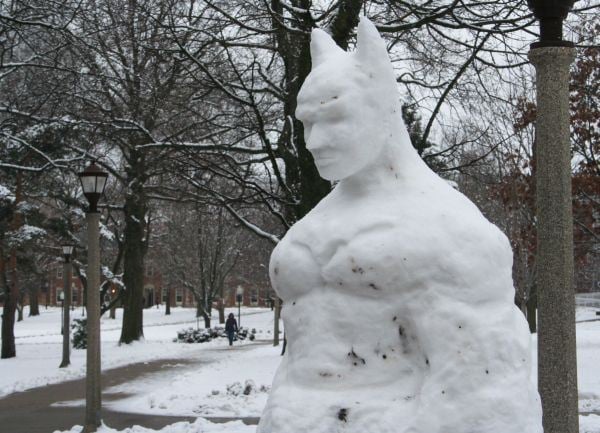 It’s like Mr. Freeze has won. Why Anthony? Why?