581 Mice Made Over 25 Generations of Cloning: Dormtroopers

Japanese researchers from the RIKEN Center for Developmental Biology recently announced that they have cloned one mouse a total of 581 times. They did this by making clones, then making clones out of its clones and so on for 25 generations. The Nutcracker is screwed.

The researchers, who began their experiment back in 2005, used a technique called somatic cell nuclear transfer. That in itself is nothing new; in fact it’s the same technique that was used to clone the legendaryDolly the sheep. However, according to Live Science and the researchers themselves, repeated cloning was usually highly improbable, if not outright impossible, probably because successive clones had genetic defects in them. Interestingly enough, Dolly lived for only 6 years, even though domestic sheep live 10 to 12 years on average. 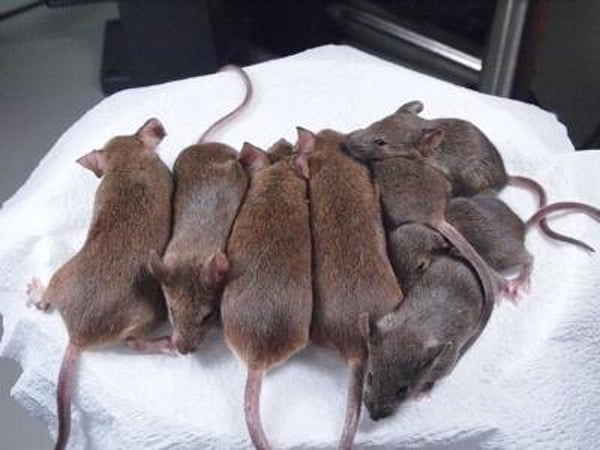 To counteract the defects, the Japanese used trichostatin, a histone deacetylase inhibitor or HDI. HDIs are compounds that stop certain genes from being expressed. As a result, not only is my nose bleeding because of all these advanced biology terms, the 581 mice clones (seen above) “were all fertile, they gave birth to healthy pups and lived a normal lifespan of about two years, similar to normally conceived mice.”

The leader of the research team Dr. Teruhiko Wakayama said that they hope their breakthrough could be used to make “superior quality animals” for conservation and agricultural purposes. All I know is that it is imperative that these people not get their hands on Jango Fett, or we’re all doomed.