Runbo X3 Rugged Phone Wants to be the Rambo of Smartphones

If you’re the type of person who’s constantly  dropping their phone on the ground, or just like to participate in lots of outdoor activities, you might want to check out this new rugged Android phone, that’s designed to take a licking and keep on talking. 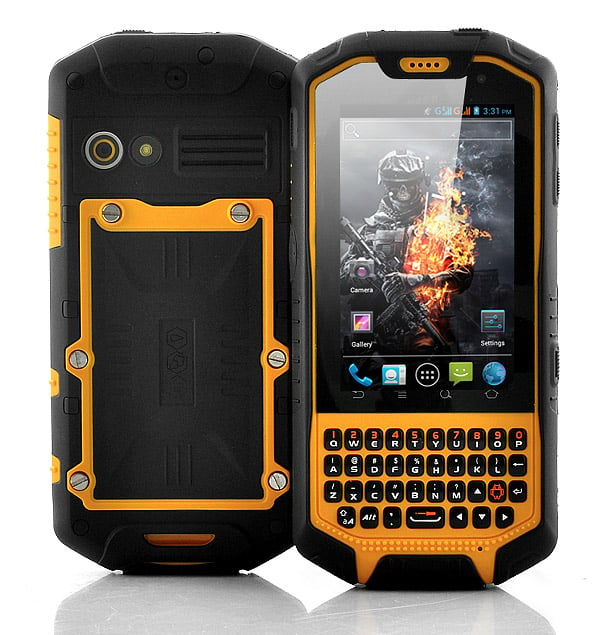 The Chinese-made Runbo X3 definitely looks like something you’d keep in your hiking pack or toolbox – owing more of its aesthetics to a walkie talkie than smartphone design. It’s wrapped in a waterproof case that’s rated at IP67, which should protect it from water up to 3-feet-deep, as well as keep pretty much all dust out of its innards. 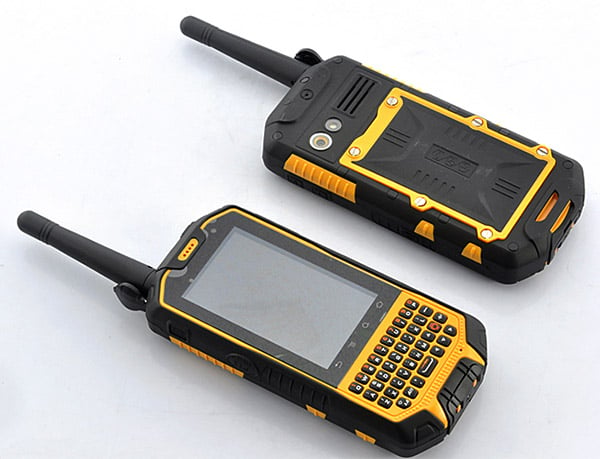 Speaking of walkie talkies, the Runbo X3 sports a walkie talkie mode, for easy communication with others who have the same phone, at distances up to 6 miles away from each other. It’s also got a built in laser pointer, which might come in handy if you’re planning a rave or blinding airplane pilots while out in the jungle.

In terms of phone specs, we’re not looking at anything too fancy. It’s got a 1GHz dual-core CPU, running Android 4.0, along with 3G quad-band networking. Wi-Fi supports 802.11 b/g/n, and it’s also got Bluetooth and GPS aboard. One thing that looks nice about this phone is that it’s got a massive 3800 mAH battery pack – which should give you up to 25 hours of usage on a charge – something that’s nice to know when you’re lost in the woods or dangling from a cliff somewhere. The dual SIM slots and wireless hotspot capabilities don’t hurt either. I also like that it’s got a physical keyboard. 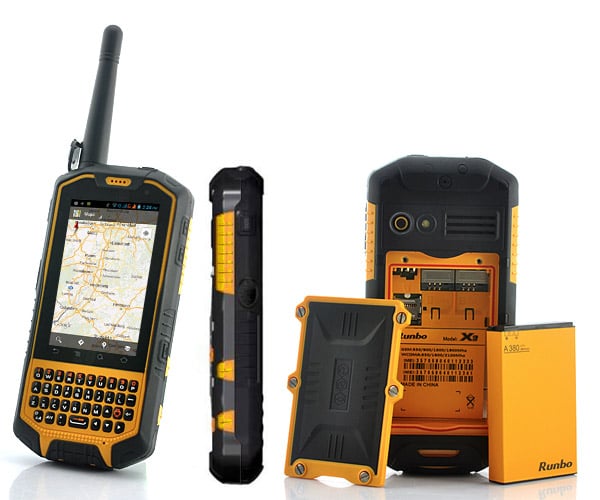 Its rear camera offers an 8MP resolution, while the front-facing one is just 0.3MP. And its 4.3″ screen offers just 800×480 resolution, which isn’t much to write home about by today’s standards. That all said, you’re buying this phone for its durability, not because of its top-of-the-line tech.

You can find the Runbo X3 rugged phone over at Chinavasion for about $350(USD). While that’s expensive compared to some smartphones, you have to remember this one is totally unlocked, so you can use it with any network of your choice.