Dell XPS 18 is a Desktop and a Tablet in One 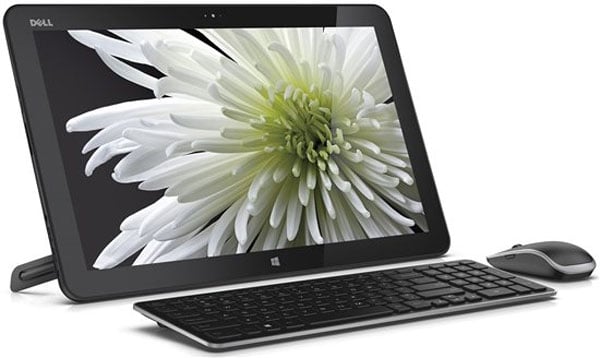 Dell has announced a new all-in-one computer that will be shipping on April 16 called the XPS 18. Dell claims the computer is their thinnest, lightest, and most versatile all-in-one ever offered. The computer will run Windows 8 and has an 18.4-inch capacitive touchscreen. That means users will be able to take advantage of all of the fancy touch-interaction that Windows 8 offers. It’s also designed to be portable – weighing in under 5 pounds – so you can lug it around your house and run it off of battery power if you’d like.

That 18.4-inch screen supports full 1080p HD resolution, and the machine will use Intel Core processors – of an as yet unspecified flavor. Dell says that the XPS 18 will be available in the US and select countries in Europe starting at $899.99(USD). It’s too bad the computer maker doesn’t say exactly what processor you get, how much RAM, and how much storage the base model offers. Those are rather key details, but we can assume will learn more closer to the launch date.