You might remember Evan Bacon. He’s the teenager who built himself a couple of superheroes using thousands of LEGO bricks. Now Evan is back with another amazing LEGO construction – a 6-foot, 6-inch-tall Superman. 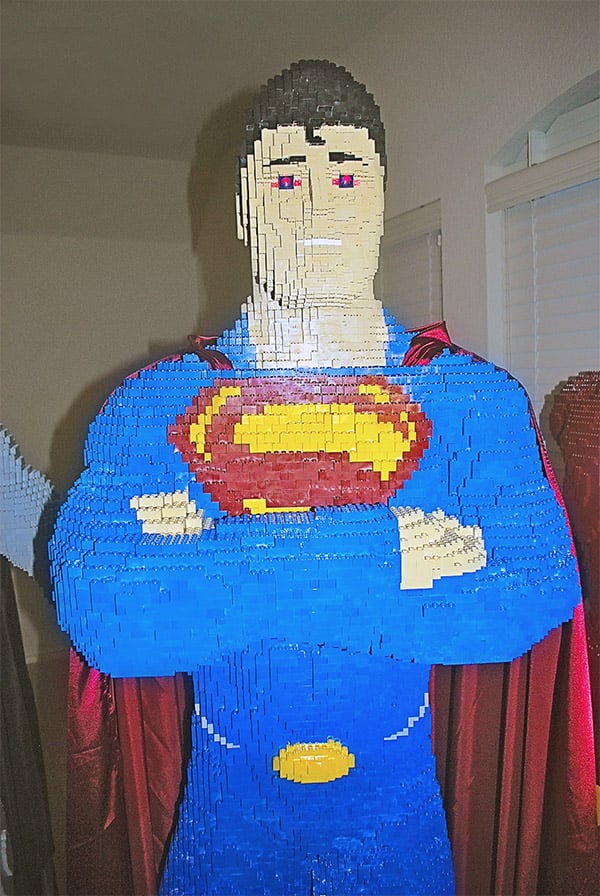 This new model was built from 18,000 individual LEGO bricks,weighs 110 pounds, and is based off of the Superman design from the upcoming Man of Steel movie. And yes, he has light-up LED eyes.That seems like something Bizarro would do more than Superman though.

All told, it took Evan about 100 hours to build this awesome sculpture. He plans on showing it off at the upcoming Brick Fiesta this Summer, and it will also be appearing in a new book called Extreme Bricks, by author Sarah Herman.

Here’s Evan standing with two of his proudest creations: 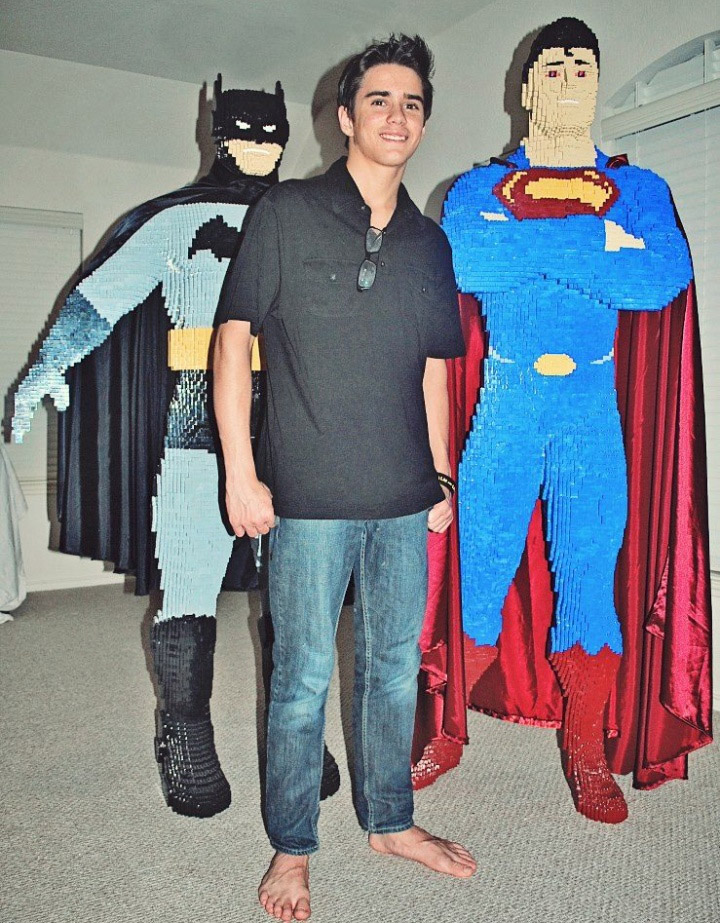 Now all Evan needs to do is build himself some LEGO socks and shoes.