This Millennium Falcon sled probably won’t do the Kessel Run in less than 12 parsecs, but if there is snow, this ship has got it where it counts. Sean Murray built this awesome sled for an office event – and also for his Star Wars loving daughter to enjoy. 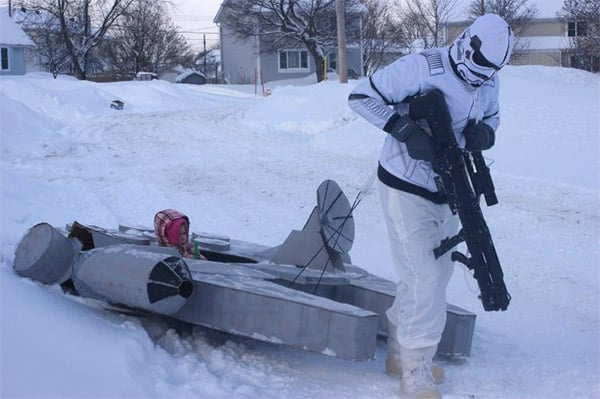 Each year, Sean’s job holds a Winter carnival where each section forms a team and selects a theme. So he put a team together and chose Star Wars. One of the events was a human dogsled race – and what better ship for a dogsled race than the Falcon? After all, Chewbacca was inspired by an Alaskan Malamute, a dog best know for its ability to pull a sled. 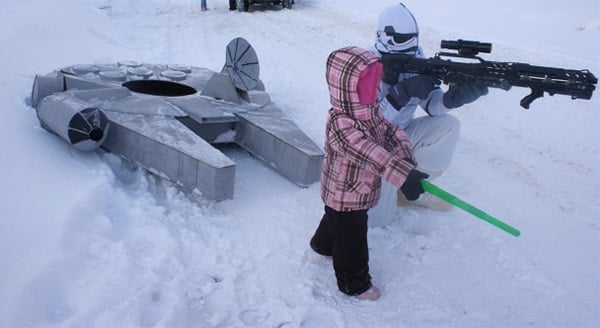 The Falcon sled is made entirely of cardboard and mounted to a plastic toboggan. While the cardboard might not hold up to snow as well as the mass-produced Falcon sled, this one is way cooler, plus it’s a great way to get around Hoth.

Well done Sean. It would be fun to see two kids inside dressed like Han and Chewie.