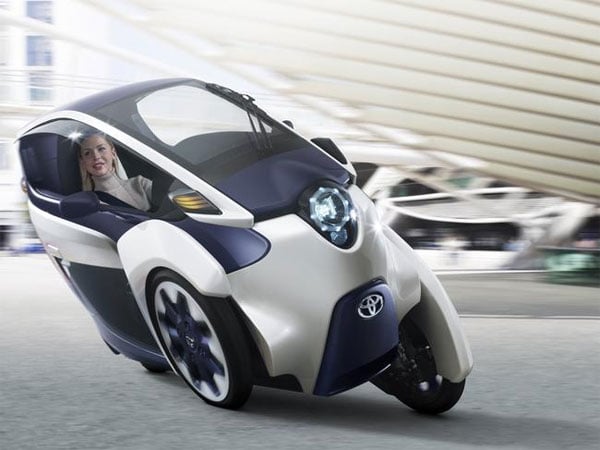 The odd little three-wheeled vehicle is very narrow, but still carries two people. The two passengers sit tandem as you would on a motorcycle. The i-Road also leans into the corners just like a motorcycle would, though its reverse-tricycle design makes it much less likely to tip over. The little vehicle has a nearly silent electrical powertrain that produces no emissions.

Since it doesn’t have to carry much weight, the i-Road can travel for about 30 miles after charging for only three hours, making it ideal for short urban rides.

Toyota says that it will be putting compact electric vehicles based on the i-Road to work as part of an experimental project intending to evaluate the market response to the little vehicle. The project will kick off at the end of 2014 in France.