3D printers are all the rage these days. Who would’ve thought that this concept would be turned into a reality one day? It’s developments like these that make me wonder if there are things that can be considered as truly ‘impossible’, because so far, all I’m seeing is a lot of impossibilities being realized.

Another concept that we might see in our homes one day is the Clothing Printer. 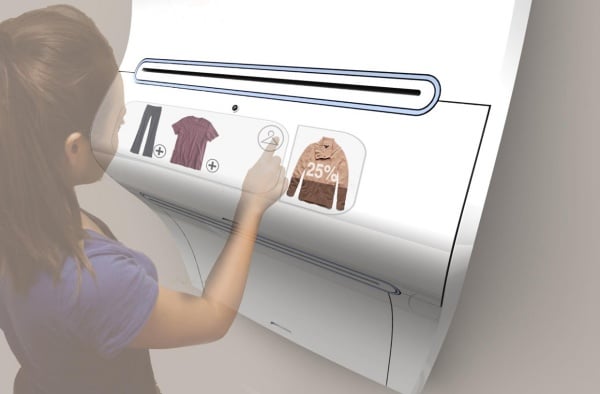 I think its name pretty much says it all. This wall-mounted touchscreen device would print clothes for you, right in the comfort of your very own home. It would be connected to a host of clothing retailers so all you’d have to do is make your selection, tap, and wait for the machine to ‘print’ your clothes out. 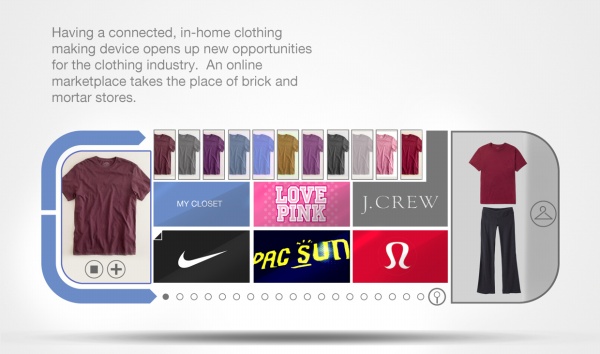 The machine could even be loaded with different fabric cartridges to produce the exact clothing you’re looking for. The machine would also be able to break down clothing into its components and recycled. 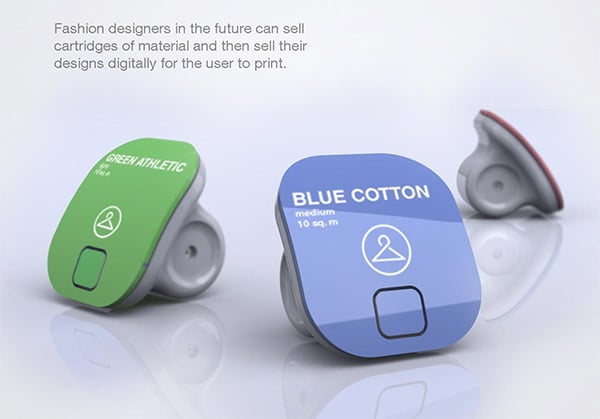 So this might not be as straightforward as a 3D printer, given the complications of stitching, sizing, patterns, and the actual sewing, but hey, it could happen. 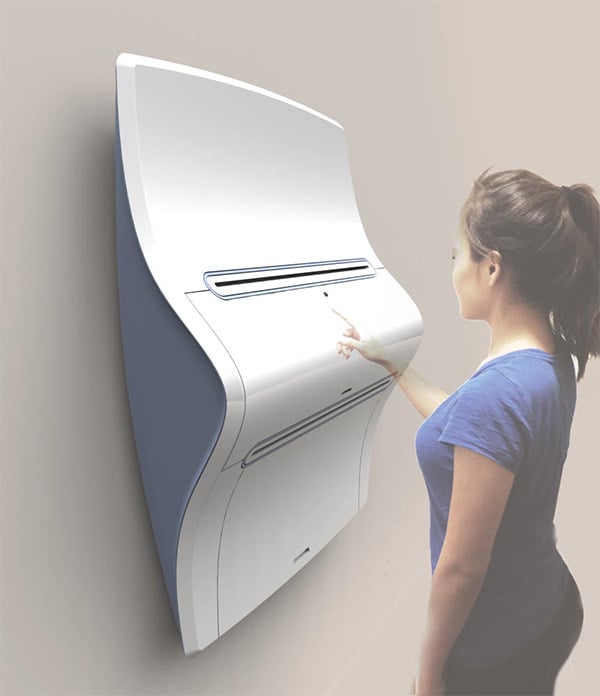