Samsung tonight revealed the much-anticipated follow up to its insanely popular Galaxy S3 smartphone, the Galaxy S4, which will ship with the latest build of Android Jelly Bean, 4.2.2. 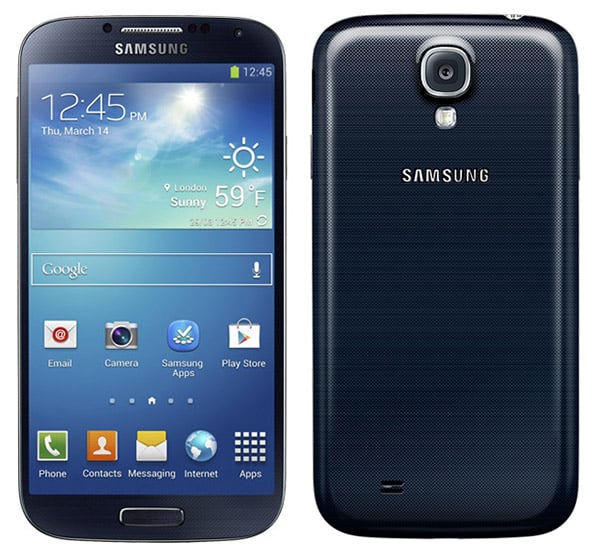 The Galaxy S4 has a more-than-ample 5-inch 1920 x 1080 Super AMOLED 441ppi display, that fills out almost the entire face of the phone. While the phone is a skinch larger than the Galaxy S3, it weighs virtually the same, at just 130g. Dimensions are appx. 5.3″ long by 2.7″ wide, and just 7.9mm thin – just a fraction of a millimeter thicker than the svelte iPhone 5. 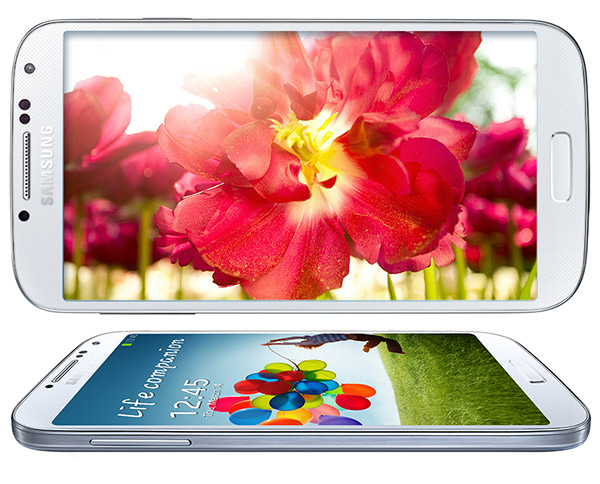 The phone offers an upgraded 13-megapixel rear camera, with nifty features like a “Drama Shot” which can capture numerous photos in rapid succession and superimpose them, to create a composite motion image. 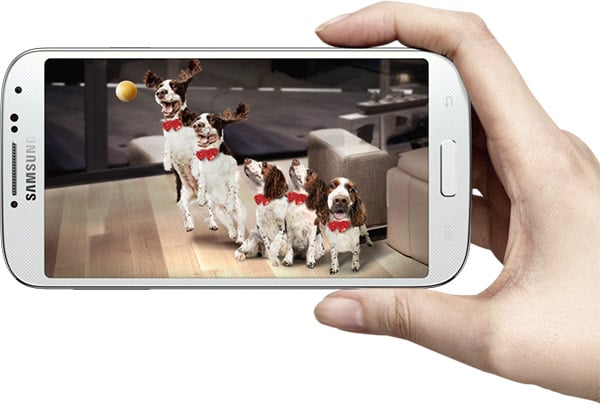 It can also shoot images from both the front and rear 2-megapixel cameras simultaneously so you can see a front and rear view on a single image, or can also be used for three-way chats. You can also annotate still images along with sound snippets that you can play back along with them – though I think that idea seems sort of silly when you could just shoot video. 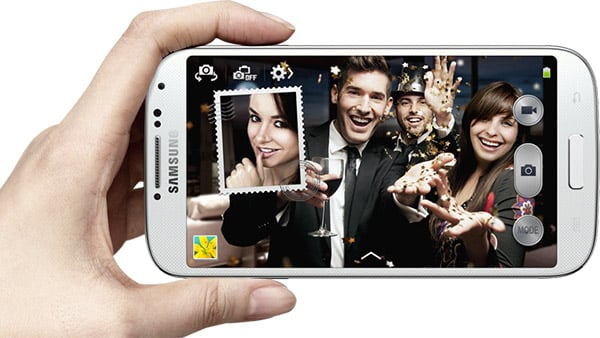 Some of the whiz-bang features of the phone which may or may not prove useful in the real world are the ability to scroll up and down the screen by just tilting up or down, as well as the being able to interact with content by hovering your finger over relevant locations on the screen. Samsung also added a “Smart Pause” feature which uses the front-facing camera to automatically stops playing video when you look away from the screen, and resumes when you start looking again.

Other cool features include the S Translator, which provides voice-based translation service, S Voice Drive – hands-free driving mode, and Group Play, which lets you share music and sync it to up to eight other phones by simply bumping phones together. 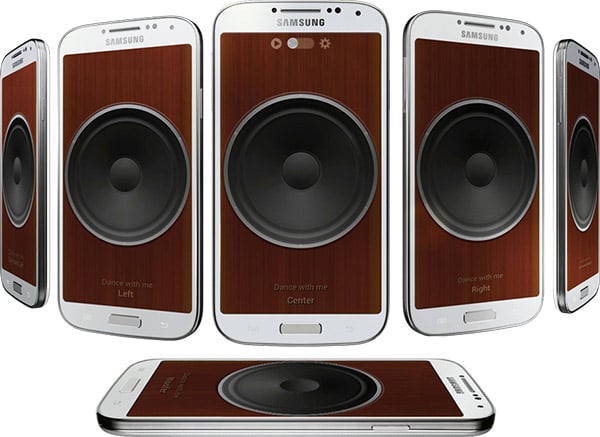 The S4 has 2GB of system memory, and storage is available in 16, 32 and 64GB flavors, along with a microSD slot for up to 64GB additional storage. Plus, the phone also has a removable battery – thank goodness. Of course, it’ll offer both 3G and 4G LTE versions with global support, as well as 802.11 b/g/n/ac Wi-Fi and Bluetooth 4.0 connectivity. The 4G LTE is supposed to offer data download speeds up to 100Mbps and upload speeds up to 50Mbps on supported networks. I also like how they built in an infrared transmitter so you can use the phone as a remote for your TV and other media equipment without extra hardware. 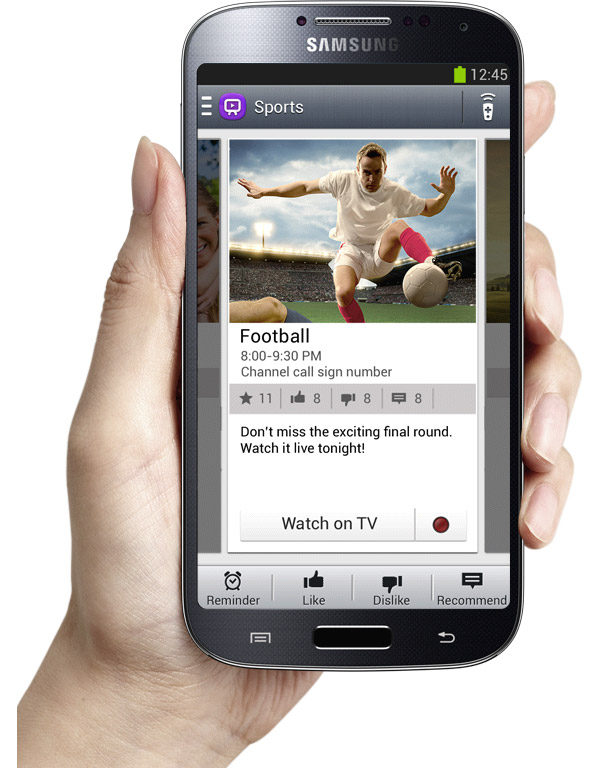 The phone will sport a large 2,600 mAh battery – 500 mAh more than the S3 came with. In order to enable some of the new features, the Galaxy S4 has a new front infrared sensor and a temperature and humidity sensor.

CPU specs haven’t officially been announced, but it’s been said that the Galaxy S4 is powered by a ridiculously spec’d Samsung Exynos 5 Octa-Core CPU, with Quad Cortex-A15 cores running at 1.6GHz AND Quad Cortex-A7 cores clocked at 1.2GHz or a Qualcomm Snapdragon 600 CPU clocked at 1.9GHz (depending on market), and a PowerVR SGX 544MP3 GPU running at up to 533MHz or the Adreno 320 GPU (depending on market.)

Numerous accessories are planned for the launch, including a wireless fitness band called the S Band, which can measure sleep and exercise data and transmit it the S-Health app running on the phone. 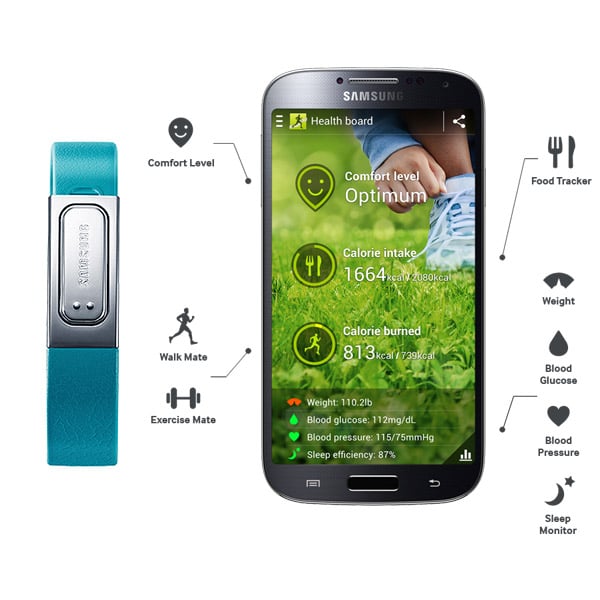 There’s also a game pad in the works which provides dual analog sticks shoulder buttons, D-Pad and everything else you need to enjoy tactile gameplay on the phone’s lovely full HD screen. 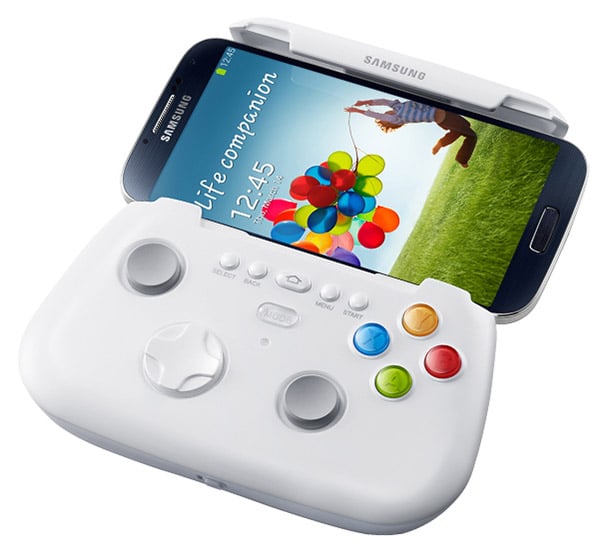 Surprisingly, Samsung didn’t reveal the pricing or an exact release date for the Galaxy S4 tonight, but word on the street is that we should start seeing the S4 in stores sometime this April.

To register your interest in the Galaxy S4 and for a chance to win one, head over to the Samsung website and fill out this form.