Eye of Sauron Lollipops: Lick into My Eye!

One does not simply walk into the candy store. Though if you did, I’d hope that you and your companions would grab a batch of these spectacular lollipops that look like the Eye of Sauron. 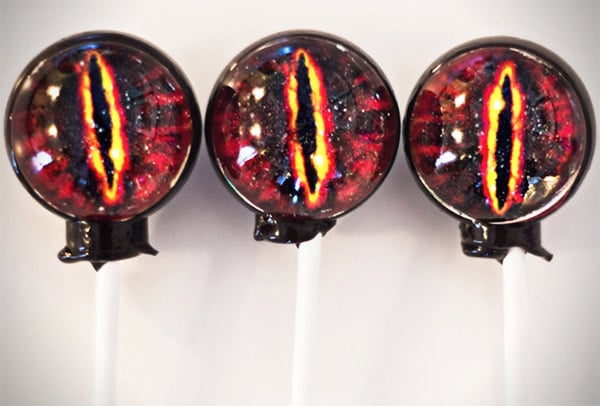 They’re made by Etsy artist Designer Lollipop, and they’re made from isomalt, sugar, corn syrup. I’ve been told the black sugar on back is made from the souls of the dead- though they actually taste like delicious cherry.

Unfortunately, these lollies are already sold, but I’m sure you could whip up a spell to convince the candy maker to crank out another batch.