Saved By the Ring: Remember Rings Heat up When Your Anniversary Draws Closer

How many times have you found yourself facing the wrath of your partner after forgetting your anniversary? The reality is that some people are just more forgetful than others. It doesn’t mean that you love them or care for them any less; it most likely means that you have a pretty crappy memory.

The solution is to jot it down on your planner or set an alarm on your phone so you won’t ever forget the big day. Or you can get one of these Remember Rings instead. 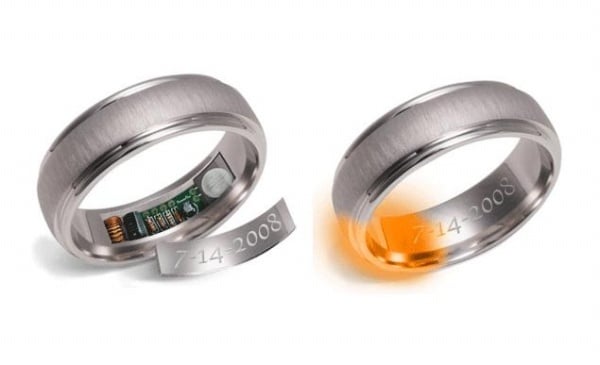 The Remember Ring is more than just a band that you’re supposed to wear around your finger. It’s programmable so you can set it to heat up when your anniversary date approaches. When we say ‘heat up’, we do mean it in the literal sense. The ring is powered by patent-pending HotSpot technology that will raise the ring’s temperature a few degrees so you won’t ever forget what day it is.

They’re pretty expensive though, since they’re being sold by Alaska Jewelry for $760 (USD). Maybe the price will be enough motivation for you to just put the date in your smartphone.