Whenever I get a chance, I like to dust off my arcade emulator and try to see if I can get any further at Donkey Kong than the first couple of levels. Even after all of these years, the game still kicks my ass every time. But if the game were loaded with aliens and villains from science fiction and fantasy, I’m betting it would be even harder to beat then going up against Kong and his stupid flaming barrels. 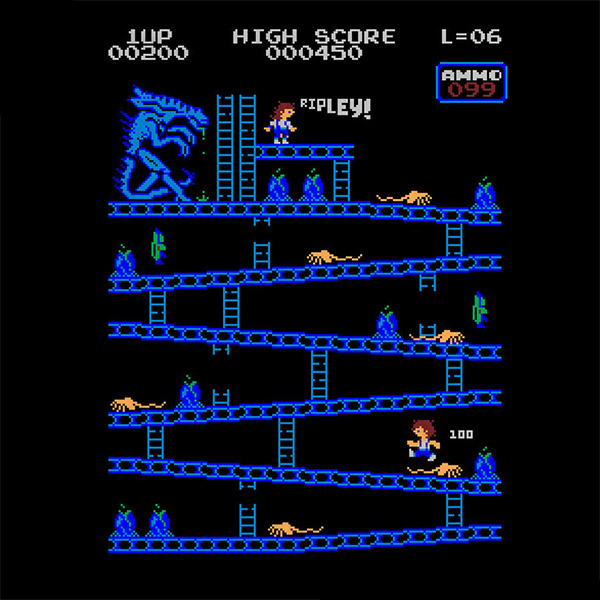 That’s exactly what deviantARTist BazNet set out to explore with his series of Donkey Kong levels inspired by classic science fiction and fantasy movies and TV series. I can’t decide which I like the best, but the Alien and Doctor Who ones are among my favorites. I would not want to try and jump over Facehuggers or Daleks. The Adventure Time version is pretty great too, though it needs more Beemo. There are also The Dark Knight Rise, Game of Thrones, Empire Strikes Back and Return of the Jedi levels. And while it doesn’t qualify as science fiction or fantasy, Cookie Kong is pretty swell too. 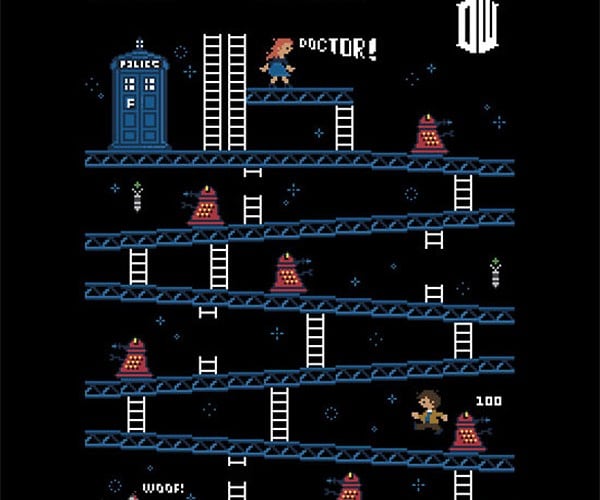 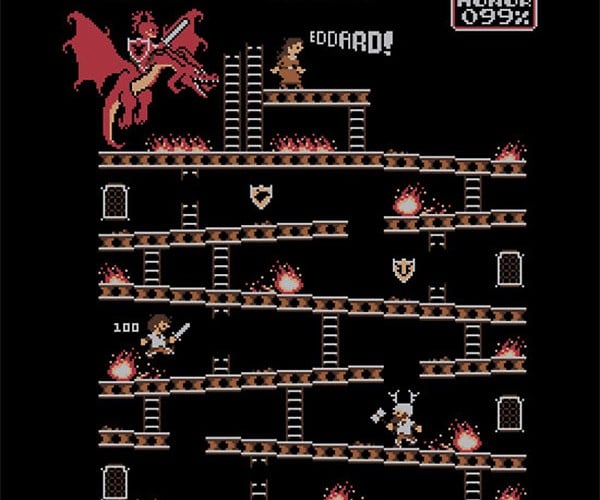 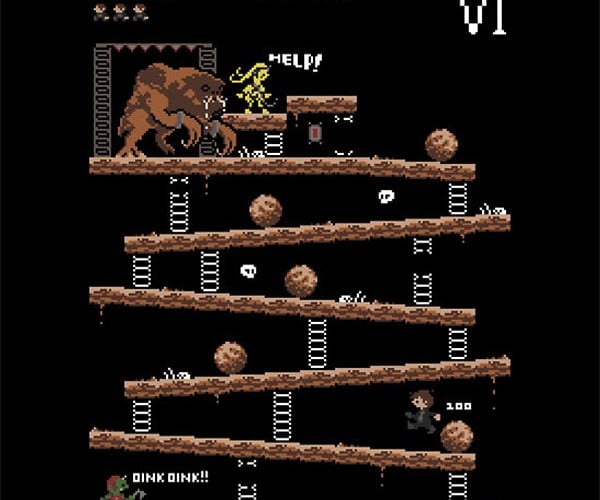 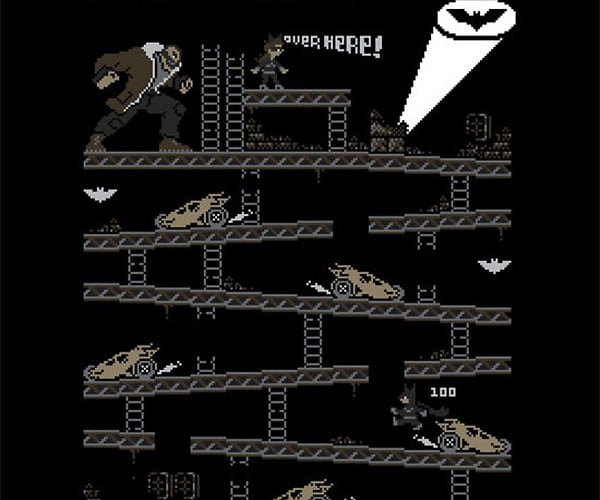 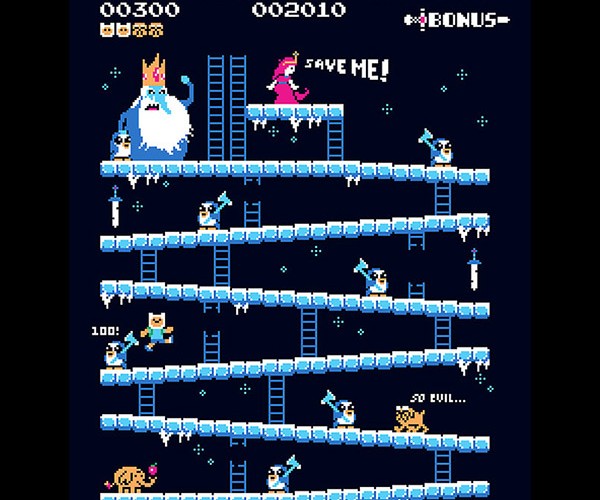 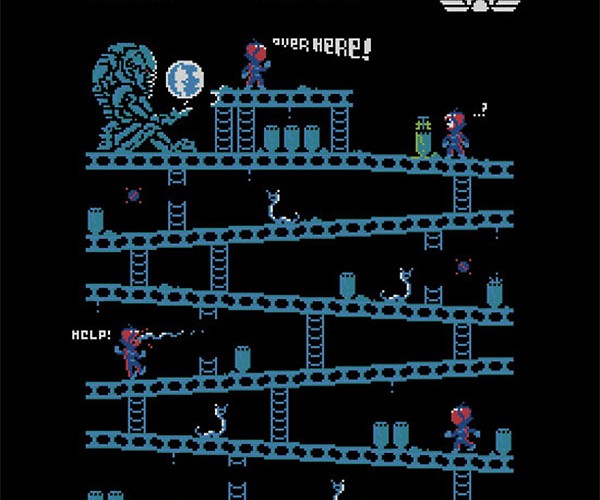 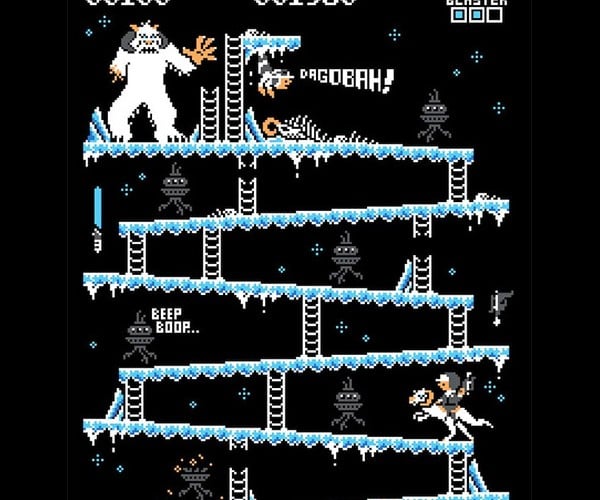 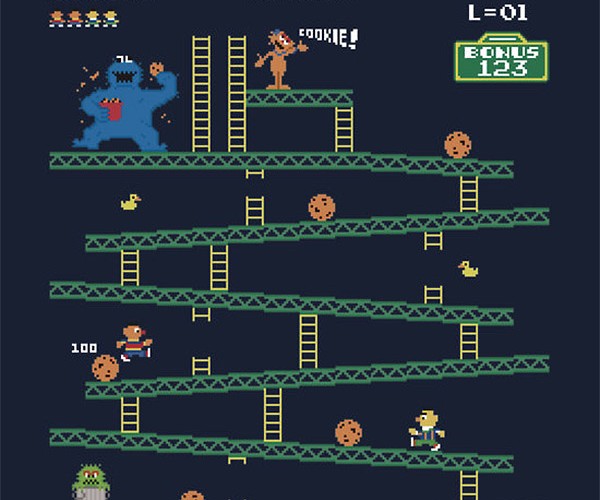 Many of the designs are available over at BazNet’s RedBubble shop, while you can get the Aliens and Ladders image on a t-shirt over at welovefine.