When I got married, most wedding rings were pretty ordinary. Sure, they might have some extra diamonds here and there, or some sort of ornate engraving, but thanks to the wide-world of online customization, we have so many more choices these days. For example, here’s a wedding band that was  made to look like a set of Xbox 360 controllers. 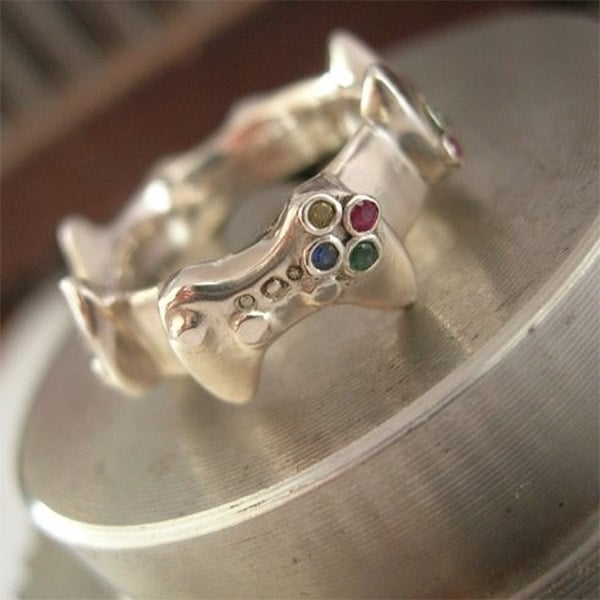 This ring was handcrafted by jewelry artist Brittany Foster, and is made from sterling silver with precious gems for the ABXY buttons, including ruby, emerald and sapphire stones. And there’s not just one controller on this ring – there are four, so its proud owner will be able to play a multiplayer game with the flick of their ring finger. Though you’d need some pretty tiny hands to actually be able to mash these jeweled buttons.

Check out more pictures of the Xbox 360 ring over on Custom Made. Brittany can make you a similar game controller ring for somewhere between $700 to $1000(USD). I want one that looks like a Kinect.

[via When Geeks Wed via Neatorama]