Crime Scene Body Coffin: Lay Them to Rest the Way You Found Them

You’ve seen it drawn on actual crime scenes. Heck, I’m sure you’ve spotted it a couple of times on crime television shows or on related novelty products. I’m talking about the crime scene body outline where the victim’s limbs look like they’re all sprawled out in all sorts of directions.

Not a very pretty sight with an actual victim, I’m sure. But what do you do when you find an actual dead body in that position, and rigor mortis has set in? 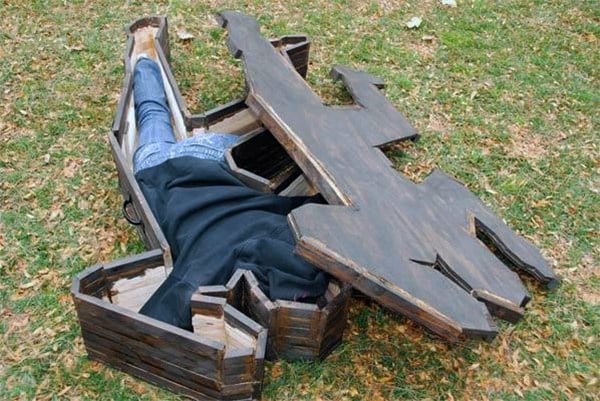 You can have the body cremated instead of getting an extra-large coffin. Or you could have one custom built in the shape of the deceased’s final position, like this one that Faustine Gau from Seattle, WA built. I’m pretty sure that he built this for artistic reasons, but you have to admit that it does have its uses. 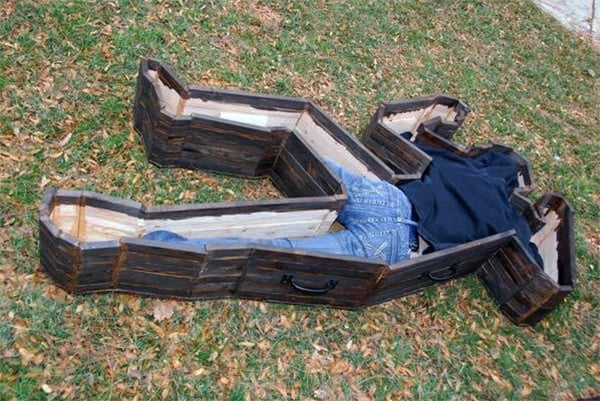 Let’s just hope that neither of us ends up dead in this position. It would be an awkward funeral and an even more awkward burial.

[via Ian Brooks via Obvious Winner]