Arduino microcontrollers are beloved by students and hobbyists because they’re affordable, small and versatile. Those are the same exact traits that the RFduino microcontroller possesses. In addition, it has one thing that other Arduino boards don’t have: built-in Bluetooth connectivity. 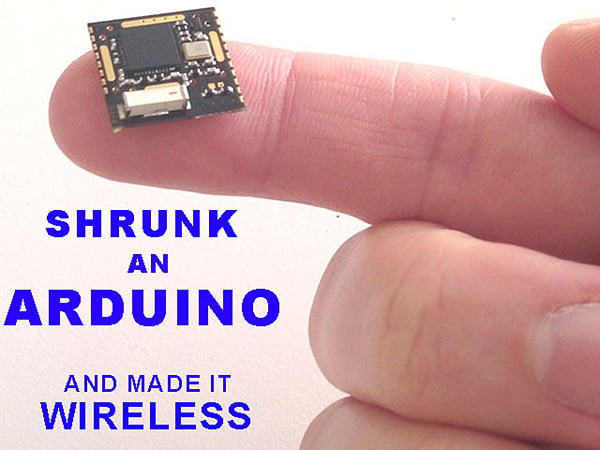 The RFduino was developed by Open Source RF, an electronics shop that makes Arduino-compatible peripherals and modules. The shop’s tiny invention makes it possible for people to make small gadgets and sensors that can be controlled or monitored wirelessly using a smartphone. You’ll have to buy and then fit a separate wireless shield to an Arduino board to achieve the same functionality.

Speaking of shields, the RFduino also has compatible shields that extend its functionality, including one with a USB-port and another with a coin cell battery slot. It also runs code written in the Arduino programming language, which should really make it an enticing platform for Arduino users. Check out the video below to see how the RFduino can be used:

They should have called it the Fleaduino – a small board with mad reach. Build a Pledge-Bot and pay at least $19 (USD) on the RFduino Kickstarter by April 4, 2013 to reserve your own unit.