I always wondered if any of the fungi in the Mushroom Kingdom were hallucinogenic – especially the ones that turned Mario into a flying raccoon or made him bigger. Well now we have our answer. 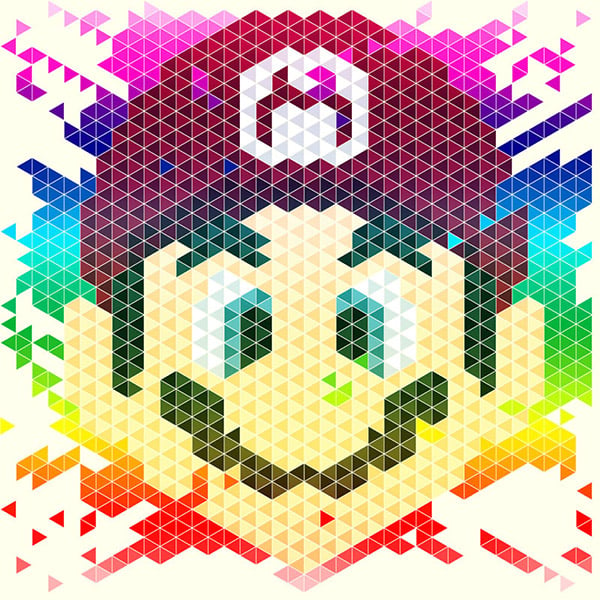 In Josh Mirman’s illustration, Psychedelic Plumber, we get a look at Mario the way that he might have looked if we were eating some of the same ‘shrooms that he did. Actually, I always imagined that this is what the world looks like when you eat one of those Mario stars.

The image is comprised of colorful triangles which will definitely drive your eyes wild if you look at them for too long. That said, it would be cool if Nintendo made a Mario game using triangular shapes instead of square pixels.