There’ve been some very cool PC games of launched over the last several months. One of the games that is the most demanding of computer hardware is the recently released Crysis 3. If you want to play that game with all the visual bells and whistles turned on, you need a seriously powerful computer. This is where the Digital Storm Hailstorm II gaming PC steps in. 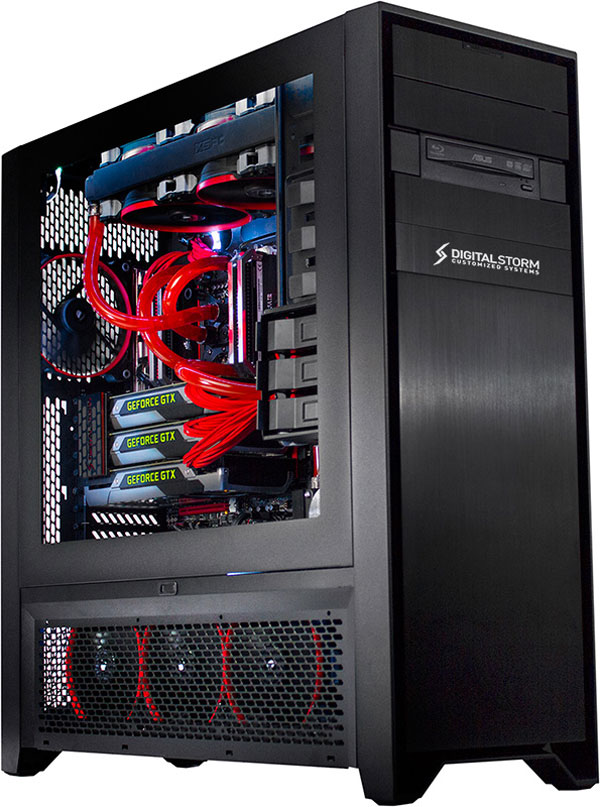 Digital Storm has recently announced this beast and its specs are incredibly impressive. There are a number of hardware options available and the machine uses liquid cooling and looks really cool to boot. The basic configuration of the system, the Level 1, will set you back $2762(USD). For that much loot you get a Core i7 3770K processor, 16 GB of 1600MHz RAM, a single Nvidia GeForce GTX 680 graphics card with 2GB memory, a 120GB SSD, a 1 TB hard drive, and a Blu-ray drive.

The most expensive configuration is called the Level 4. This beast will drain $8085 from your bank account, It features a smoking-fast 3.5GHz 6-core Intel Core i7 3970X processor, 16 GB of  1866 MHz RAM, and three insanely powerful Nvidia GeForce GTX Titan SLI graphics cards with 6GB memory each. The machine also has a 240 GB SSD along with a 1 TB hard drive, a liquid cooling system, and a Blu-ray player. I bet that Level 4 machine can run Crysis maxed out on a 30-inch monitor without cracking a sweat.