By the power of Grayskull. A blacksmith named Tony Swatton has made a real life version of He-Man’s sword of power. Tony has made weapons for a bunch of movies and TV shows, so hey, why not?

He has made swords for Game of Thrones, Pirates of the Caribbean, Batarangs for Batman, and the list goes on. Now he makes weapons for his YouTube series, Man At Arms. And now he has made He-Man’s sword. 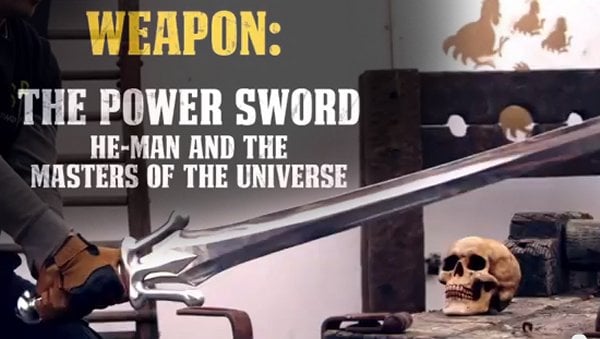 This impressively large sword has a 36-inch blade and it is the real deal. This one could kill somebody.  The build video is definitely worth watching – especially when he puts it to the test on that poor car.

Look out, Skeletor! No word on whether the blade has the powers of Castle Grayskull, but it sure is a beauty.