The violin just got an upgrade, but in all the wrong places. Alex Sobolev’s Triolin is basically three violins in one, and while it might seem like a novel albeit unusual idea to modify the classical string instrument, I don’t think violinists will agree. 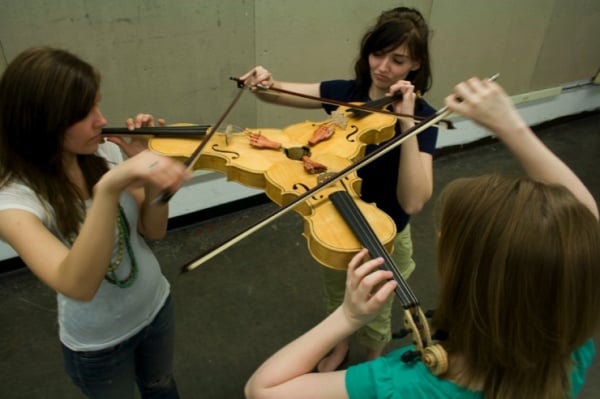 The trio of violins are joined together at the place where the violinist’s chin should rest, so that means they’ll have to play this thing backwards–and without a chin rest! Another catch is that the three violinists will have to play in sync with one another to make sweet music on the Triolin. 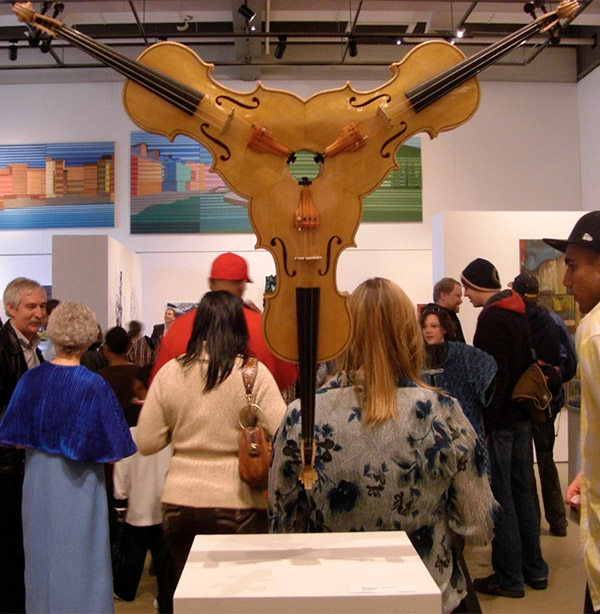 It’s a very impressive build, but attempting to actually play it is probably even more challenging.

[via MAKE via Dvice]