As a video game fanatic, I really loved the movie Wreck-it-Ralph. While there were some actual arcade games in the movie, the machines at the center of the story were all imaginary. Perhaps the most iconic game in the movie is Fix It Felix Jr., and pretty soon you’ll be able to actually play the game. 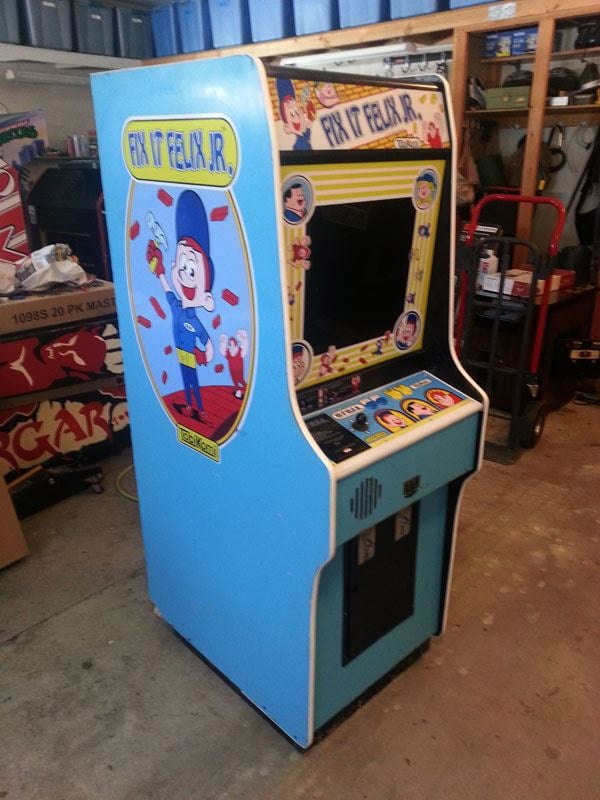 What you’re looking at here is a Fix it Felix Jr. machine, made by Rick Uhlenhopp at Arcade Skin. It looks like a spot-on recreation of the machine from the movie, and even plays a PC version of the game (not Disney’s Flash version). As you can see from the video below, the machine started off as an original Nintendo cabinet, and much of the magic is done with custom made vinyl skins:

Here it is playing a version of the game written by SJAAK, but there’s another version by Rick’s buddy BadBoyBills which is going to be installed on the machine before it’s complete.

While you won’t be able to find this machine in an arcade, you’ll be able to see it in person at the Midwest Gaming Classic this weekend. The show runs from tomorrow (3/23) through Sunday (3/24) at the Sheraton Milwaukee Brookfield Hotel in Brookfield, WI. I’ll be there, so I can’t wait to check it out up close and personal.

You can check out more details on the build over on the Hyperspin forums.

Now all we need is working versions of Sugar Rush and Hero’s Duty to go alongside it.