If you recall, a few weeks back, we mentioned that Hyperkin was working on an update to their popular retro multi-console, the RetroN. Well, today, they officially showed off the console, and it’s been renamed the RetroN 5, since it has five cartridge slots. 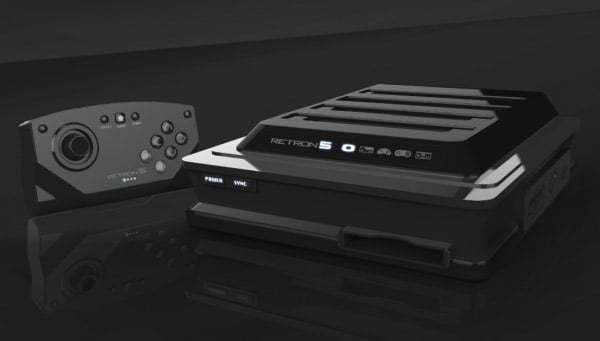 Announced at this weekend’s Midwest Gaming Classic, the RetroN 5 made an appearance as both a rendering (shown above), and as a shiny red prototype console, still bearing the RetroN 4 badge, and without the promised GBA slot. 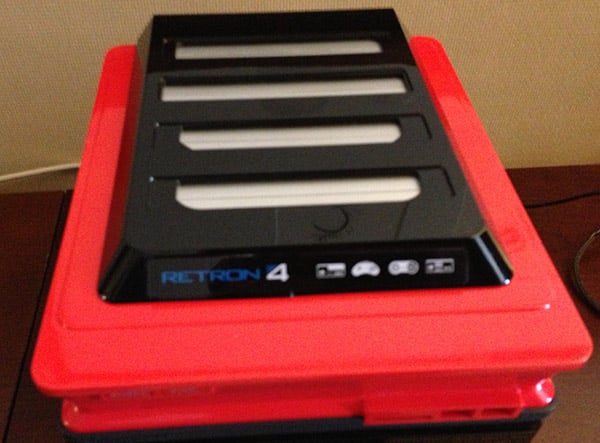 The five-slotted console will be able to play original cartridges from the NES, SNES, Genesis, Famicom, Super Famicom, Mega Drive, Game Boy Advance, Game Boy Color and Game Boy. In addition, it will offer an HDMI output for playing games on today’s HDTVs, and a special video enhancement circuit to ensure high quality playback at resolutions up to 720p.

The RetroN 5 will also offer technology to improve the audio quality compared to what you’re used to hearing from emulators, with the ability to increase playback frequency if you so choose. While you can play games using the original controllers from the various retro systems, the RetroN 5 will ship with a Bluetooth wireless controller(s?), complete with a lovely clicky microswitch D-Pad. 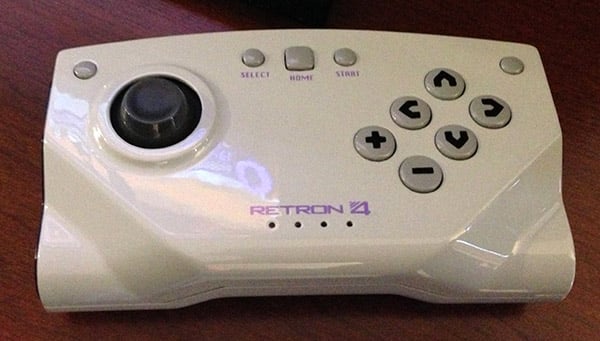 Hyperkin has also suggested that you’ll be able to use controllers from different systems on each other’s games. For instance, you could play an NES game with a Genesis controller. The system will also have its own custom interface, which will provide the ability to save states, map buttons, and tweak gameplay speed by “overclocking” the game systems. You’ll also be able to assign settings to macro keys on the sides of the controller for easy access. While the menu UI I saw was clearly in the early stages of development, it was already accessible on the prototype system. 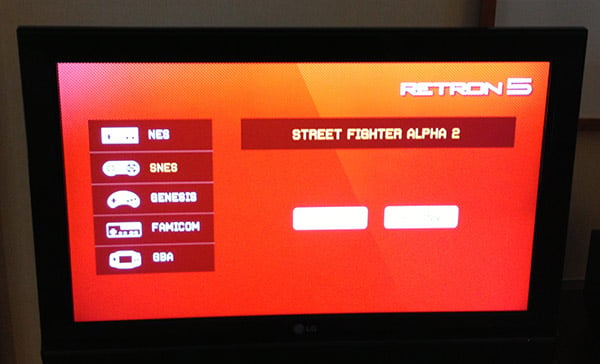 Hyperkin hasn’t revealed the pricing or an exact release date for the RetroN 5, but they’re hoping to release the system this July – though they were clear they want to give their development team enough time to put a shiny coat of polish on the finished product, so that date isn’t carved in stone.

Here’s video from today’s announcement for more details on the system.