Mario Sculpture Made out of Canned Food: Not One Filled with Cream of Mushroom Soup

Yes we CAN! Most stores stack their food in the same old boring way, but there are some stores or should I say some people, that rise above the status quo and go above and beyond the call of duty – like the guys who set up Canstruction at the SouthCentre Mall in Calgary, Canada. 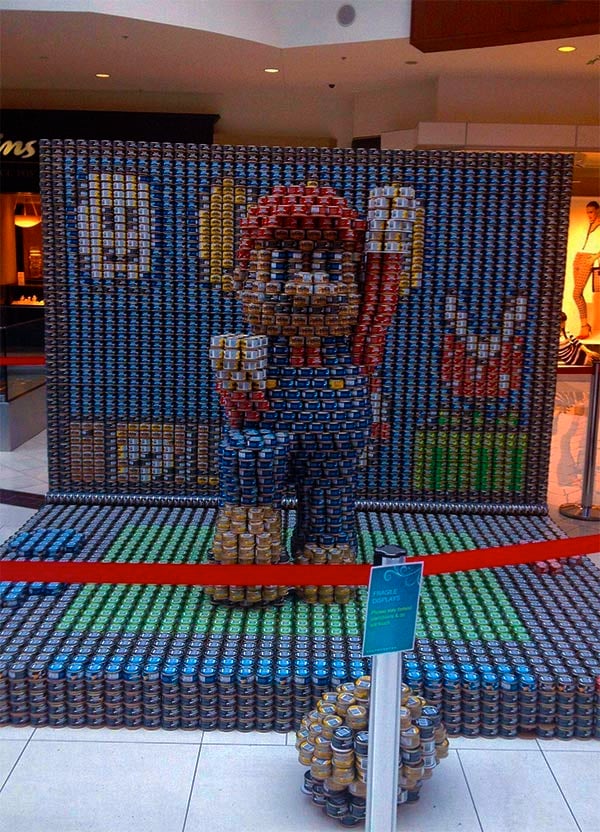 Obviously guys working on this exhibit really love a good game of Mario. Is it wrong that I want to see a Koopa shell knock this awesome sculpture down? Or see Toad’s Kart barrel into it? I hope someone topples this thing at the end of the exhibit. Is that mean? it’s not like the cans aren’t going to go to a good cause when they fall over – with all the canned goods going to the Calgary Inter-Faith Food Bank.

Anyway, it’s pretty awesome what some geeks can do with a few cans and a dream.

[via Geekologie via Obvious Winner]